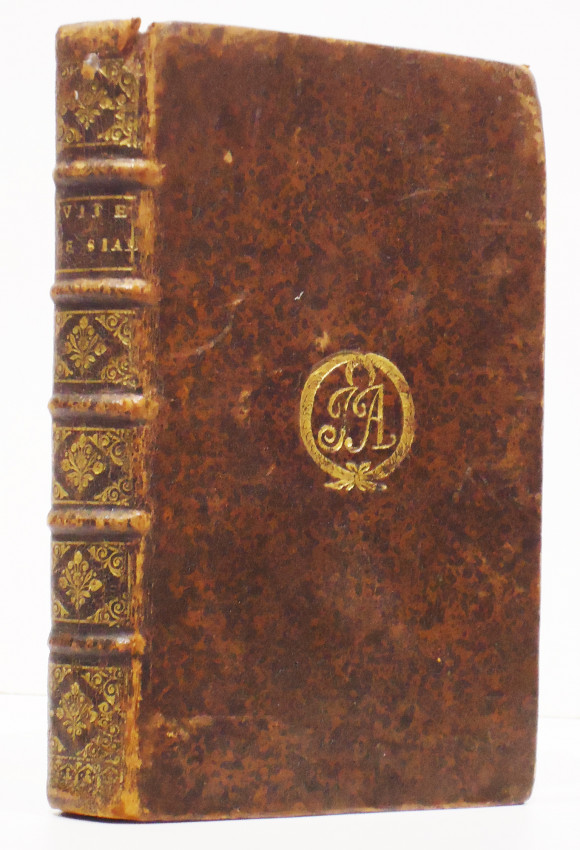 De Choisy was born in Paris. His father was attached to the household of the duke of Orléans, and his mother, who was on intimate terms with Anne of Austria, was regularly called upon to amuse Louis XIV. By a whim of his mother, the boy was dressed like a girl until he was eighteen, and, after appearing for a short time in man's costume, he resumed woman's dress on the advice—doubtless satirical—of Madame de La Fayette. He delighted in the most extravagant toilettes until he was publicly rebuked by the duc de Montausier, when he retired for some time to the provinces, using his disguise to assist his numerous intrigues.

De Choisy was made an abbé in his childhood, and poverty, induced by his extravagance, drove him to live on his benefice at Sainte-Seine in Burgundy, where he found among his neighbours a kindred spirit in Bussy-Rabutin. He visited Rome in the suite of the cardinal de Bouillon in 1676, and shortly afterwards a serious illness brought about a sudden and rather frivolous conversion to religion.

In 1685, he accompanied the Chevalier de Chaumont on a mission to Siam. He was ordained priest, and received various ecclesiastical preferments, such as the priory of Saint-Benoît-du-Sault in 1689. He was admitted to the Académie française in 1687. https://en.wikipedia.org/wiki/Fran%C3%A7ois-Timol%C3%A9on_de_Choisy