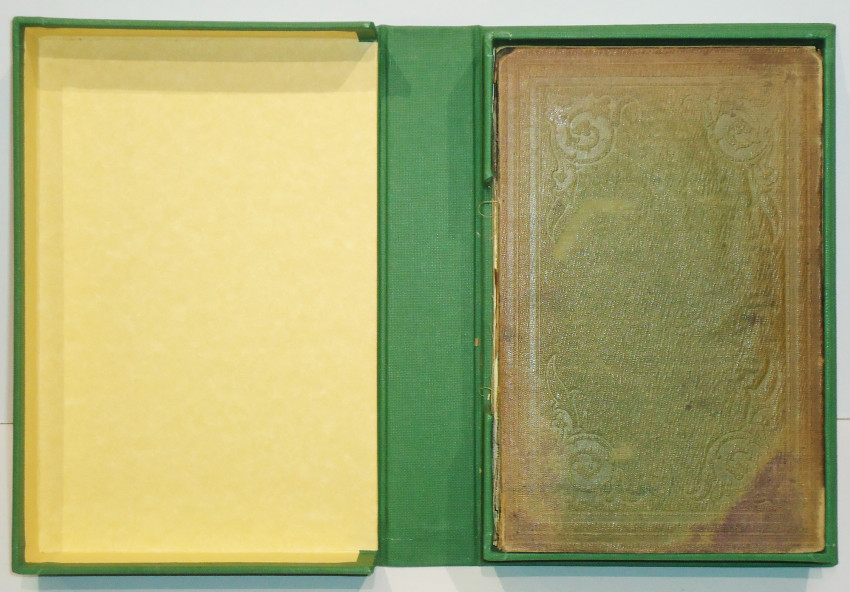 KAFFRARIA, AND ITS INHABITANTS. (The author’s own copy)

Mendelssohn (Sidney) South African Bibliography, volume 1, page 551, ‘The Preface to the first edition states that the author had resided for nearly three years in Kaffraria, and in the second edition there is a supplementary chapter bringing the book up to date. The volume commences with a short history of the Cape Colony and its surroundings, with copious notes upon the Hottentots and Bushmen. There is also an introductory description of Kaffraria and the Kaffirs, with an account of the treaties entered into between the latter and the British, by Sir B. D'Urban, Sir A. Stockenstrom, and others, before the final annexation of the country by Sir Harry Smith. At the time the book was issued a rebellion had broken out, the natives being led by Sandilli and Makoma. The information afforded concerning the zoology, botany, scenery, and climate of the country is very ample, and the author stated that “Kaffraria may safely be affirmed to be one of the healthiest parts of the known world.” There is also an exhaustive description of the personal appearance, language, customs, and origin of the natives, who are described as “fine, noble, manly fellows, as bold as lions and as daring as eagles.”’ Fleming was Chaplain to the British forces in King William’s Town.

Francis Patrick Fleming was ordained in the Anglican Church in 1847, and became a priest in 1852. From 1849 to 1853 he served at King William's Town, Cape Colony, as chaplain to the troops. During this period he helped to found the earliest mission in the Eastern Cape, and started construction of the Holy Trinity Church. His experiences and observations in South Africa were described in two books and a journal article. In Kaffraria and its inhabitants he described the region in which he had served, including some information on its climate, fauna and flora, and illustrated it with his own pencil sketches. This was followed three years later by Southern Africa: A geography and natural history of the country, colonies, and inhabitants from the Cape of Good Hope to Angola He was a competent artist and some of his water colours are in the East London Museum. Reproductions of the 33 wood engravings with which his two books were illustrated are included in the Catalogue of prints of the Africana Museum, Johannesburg. https://www.s2a3.org.za/bio/Biograph_final.php?serial=943