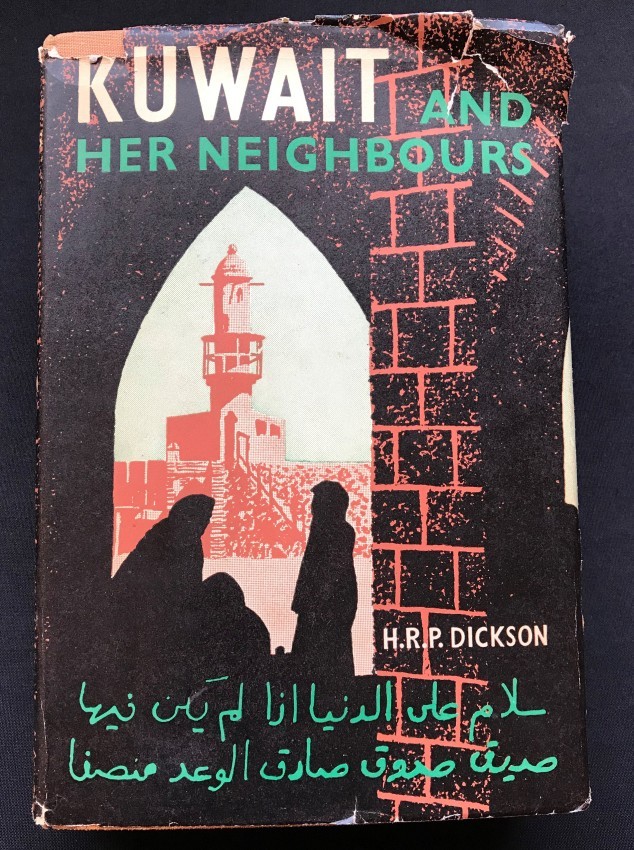 KUWAIT AND HER NEIGHBOURS

Jacket Condition: Fair, has some tears/creases along the edges and is price clipped. Head/heel and corners slightly bumped and rubbed.

Dickson was a British civil servant who was posted in Bahrain, Iraq, and Kuwait during the two decades following the First World War. After retiring from public service he worked for the Kuwait Oil Company. He was personal friends with King Ibd Saud, but also well acquainted with the Bedouin people.

This book includes personal reminiscences, accounts of political events (notably the Ikhwan Rebellion of 1929-1930), and description of Arab tribal life and organization.

There is a bit of offsetting on the front/back end-papers, overall, the book and the binding are in good condition.