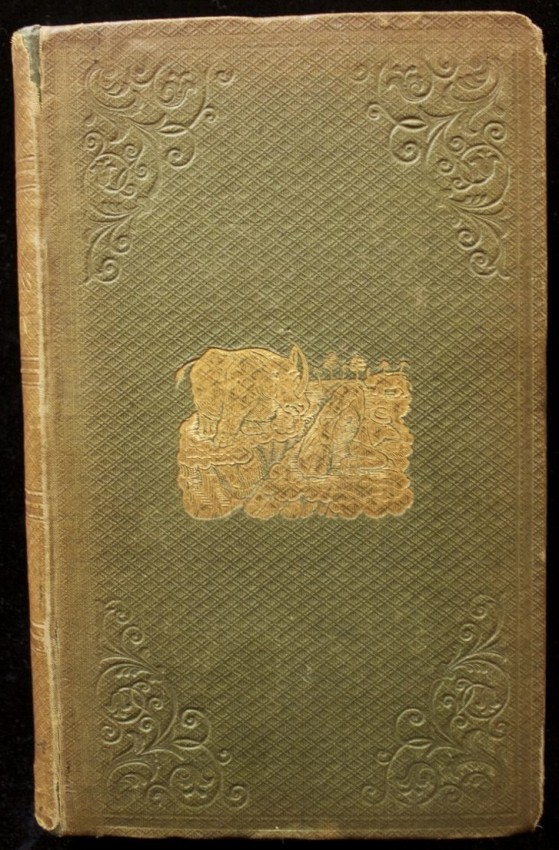 Life in the Wilderness; or, Wanderings in South Africa (1848)

xxii + 363pp. Contents clean, in a neatly recased binding. This second edition was published two years after the first and was enlarged with much new and interesting matter on the zoology of South Africa (as mentioned in the preface).

'A journal of eight months' sporting expedition through the Eastern Province to the Orange and Vaal Rivers, Waterboer's country (Griqualand West), and thence in a north-easterly direction to the junction of the Mariqua and Limpopo Rivers as far as Moselekatse's old capital, in what was afterwards known as the Transvaal. The author, who had previously visited South Africa in 1841-2, sailed for the Cape on August 1, 1843, and arrived in Cape Town on October 5th, remaining there till December 12th, and he gives a short description of the city and the surrounding districts. He then sailed for Port Elizabeth, en route for Graham's Town, and soon after his arrival there he met with Messrs. A. Pearson, A. Bain (a well-known writer on South African geology), and G. Monypenny, and they arranged to take a journey into the interior, starting, after some delay and much preparation, on April 29, 1844. They took the road to Fort Beaufort, and while halting at this place, the author saw Makoma, "the celebrated chief and orator...in a brutal state of intoxication, surrounded by his wives and chancellors." They trekked and hunted throughout the "Hantam" district, eventually arriving at the village of Campbell in Griqualand, whence they proceeded to Daniel's Kuil and Kuruman, where they were welcomed by the missionaries Moffat and Hamilton. Herre they also met Livingstone, who had just returned from Mobatze, suffering from an encounter with a lion, description of which is given in "Missionary Travels in South Africa" (pp.11, 12, and 13). The travellers obtained much information from the missionaries respecting the country and the natives, and many valuable botanical and geological notes will be found in the work. The main interest of the volume, however, centres in the description of the game animals, and there are a number of well-drawn illustrations of the heads and horns of various species of antelopes met with in the course of the expedition. With reference to the Boers Mr. Methuen observes, "In many points as regards their simplicity, health, and entire dependence on their flocks, these people are not dissimilar to the patriarchs of Scripture." The travellers met a party of emigrant Boers on the Marique River, and the author remarks, "They gave us a kind reception, perhaps a little embarrassed at first by their instinctive dislike of Englishmen." Mr. Methuen returned to England on March 26, 1845. The index contains a "List of Annulosa (principally insects) found on the journey of Henry H. Methuen, Esq. Drawn up by Adam White, M.E.S., &c." ' - Mendelssohn Vol.II, page 7.

The Story of an African Seaport