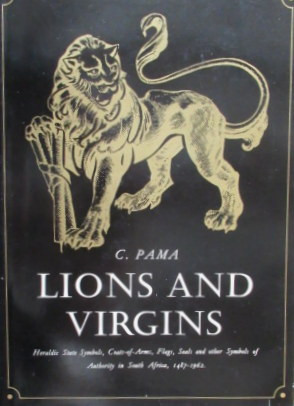 No former colonial territory, aside from the United States of America, has a wealth of historical state symbols comparable to those of Southern Africa.

Portuguese explorers were the first to erect their padraos along the  southern shores of the continent. They were decorated with the arms of King John II, and may well be the oldest existing heraldic emblems outside of Europe. The Portuguese were followed by the Dutch. They, in their struggle against the Spain, chose their own emblems, which they transplanted to distant shores. As a maritime nation, the Dutch were very flag conscious. They left a rich heritage of colours to their descendants in Africa, the Boers and present-day Afrikaners. These in turn developed their own emblems when they established their republics in the interior regions of South Africa.

The British annexation of the Cape in 1806 brought in its wake, a new flood of symbols. First the Cape, then Natal and later Rhodesia became the repository of the high tide of British imperialism and its symbols. The creation of the Union of South Africa resulted in an unique fusion of British and Dutch tradition.

Germany's influence in Southern Africa, with the annexation of South West Africa, ended in 1918, but influences of her heraldic tradition made their impression on existing symbolic interpretation in South Africa.

The protectorates and the development of the Rhodesias are dealt with in a special chapter. This covers the period up to the dissolution of the Central African Federation.

The book is profusely illustrated with 125 photographs and drawings,  a number in full colour.This studious work by an acknowledged expert in his particular field is a valuable contribution to the meagre information valuable to students on the this almost unknown aspect of Southern African history.