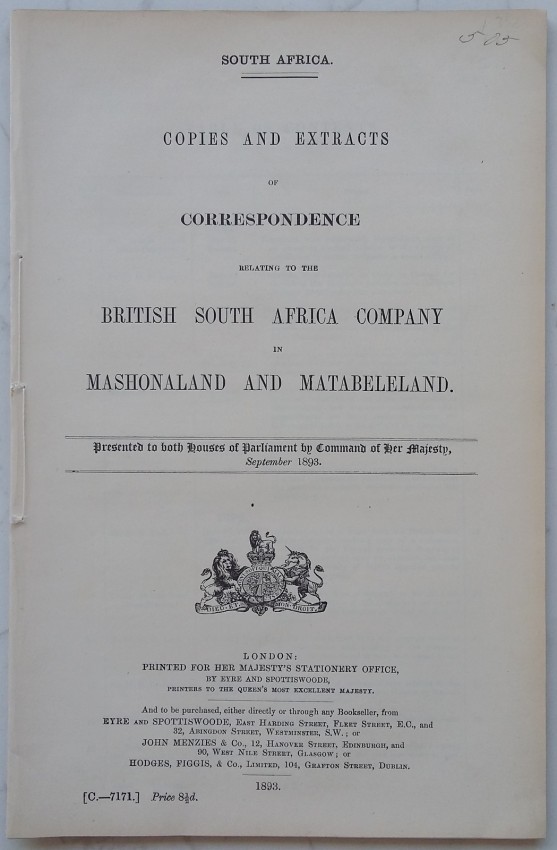 - Transmits copy of correspondence respecting the proposed reduction of the Company's police and the suggested organisation of burgher forces;

- Approves his letter to the Company respecting the proposed reduction of the Company's police in Mashonaland, and expresses satisfaction that arrangements are being made to relieve the Government police at the drifts of the Limpopo;

- Transmits copy of a letter from British South Africa Company covering copy of a concession obtained by Mr. Lippert from Lo Bengula, to which the Company have no objection...;- Encloses extract from a despatch to Sir H. Loch relative to the state of the Company's police, and ability of the Company to defend its field of operations;

- Encloses copies of the Memorandum and Articles of Association of the United Concessions Company, and of the agreement entered into by that company with the Central Search Association;

- Requests to be furnished with documents showing the precise terms of the agreement whereby the company acquired its existing interest in the Rudd Mineral Concession, and under which the United Concessions Company claims a half interest in all the profits of the British South African Company;

IV. Draft of a Supplemental Charter of the British South Africa Company