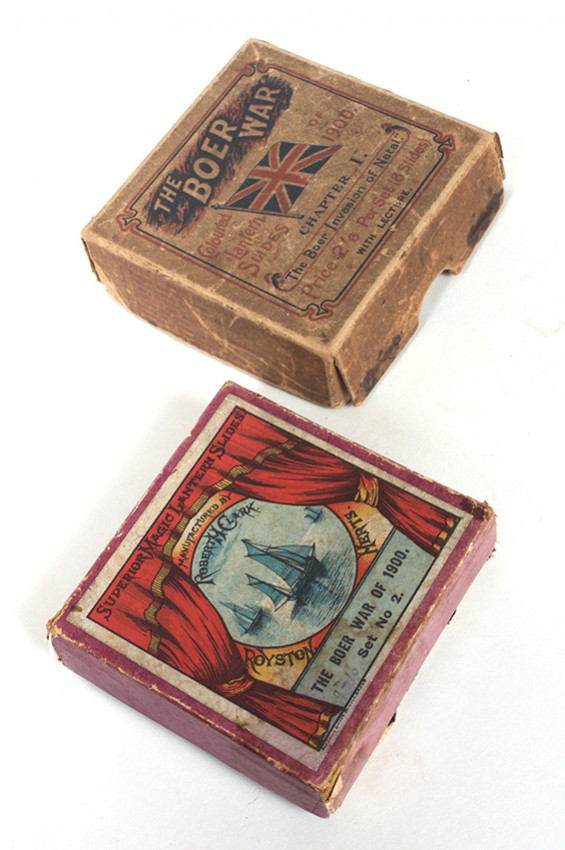 The Boer invasion of Natal

Set of 8 slides housed in its original box, each slide ( 80 x80mm) The slides are in very good condition, but the box is worn. This set was originally published in 5 chapters.

Set of 7 slides all with captions pasted onto the top of each slide, and on the slide itself : From the Sphere. The slides are in good condition in worn cardboard box.

There was an enormous public interest in any images relating to conflict. The Anglo-Boer war was one such topic that was a popular entertainment theme. This is confirmed by the quantity of war news and images produced. The relation between the lantern shows and paper based illustrated news were closely aligned in that the slide images were sourced from British illustrated news publications such as The Sphere and The Graphic and integrated into these lantern performances. http://www.theheritageportal.co.za/article/latent-south-african-visual-history-magic-lantern-slides