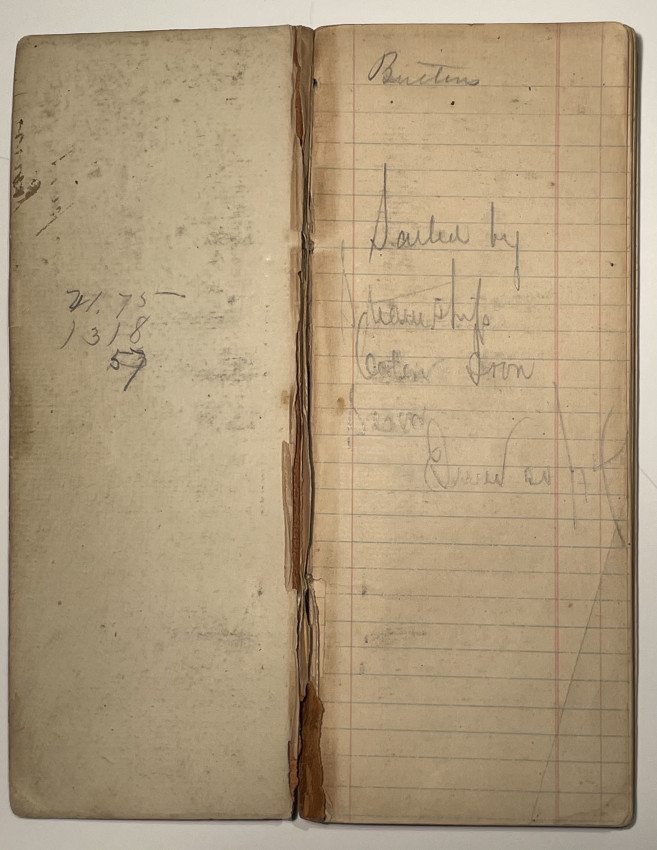 Manuscript day-book, a diary of a voyage on board the Steamship 'Colon', from New York to California, June 20th - July 15th 1874. Tall thin 12mo (2 x 8inches),  60 pages of blue-ruled paper: early pages include pencilled names and addresses, possibly of other passengers, followed by 47 pages of onboard entries, all in pencil. Original leather

A fascinating first-hand account of a 25-day voyage from New York city to California.

The diarist visit to Panama produced forty seven pages of written observations, visiting and describing the Cathedral and its construction, mentioning seeing a “ coffin with human skulls and bones “. The writer is most impressed by his visit and concludes with praises for the “panoramic views” leaving the Panama wharf, comparing it with the Bay of Naples. The writer think this view is better.

All daily entries mention the days mileage. A couple of pages bear notes of the latitude and possibly the wind direction during the trip. One page of a cash account indicates the diarist could be male, two entires are for tobacco.

Sold as an accounts book, this has been re-purposed as a day-book by an unidentified passenger on board the 2,686 ton Steamship 'Colon' part of the Pacific Mail Steamship Company fleet.

The following entry is applicable to the present diary, but is actually quoted verbatim from the description of a similar diary, describing an 1874 trip on the "Colon", which is now in a collection at Yale: ”The diary records an 1874 voyage from New York via Panama to California. The unidentified author describes the weather, the ship's progress, shipboard life, Aspinwall (Colón), Panama, the train trip across the Isthmus, the landscape and villages, Acapulco, and the voyage to San Francisco.”

The steamship 'Colon' was built for the Pacific Mail Steamship Company of New York City in 1872, made its maiden voyage on April 18th 1873. She remained in service for over 30 years before being wrecked at Acajutla, El Salvador, in 1904.

A VOYAGE ROUND THE WORLD,

ISLANDS IN A FORGOTTEN SEA (Signed by the author) 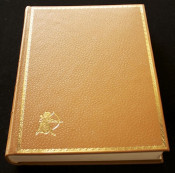