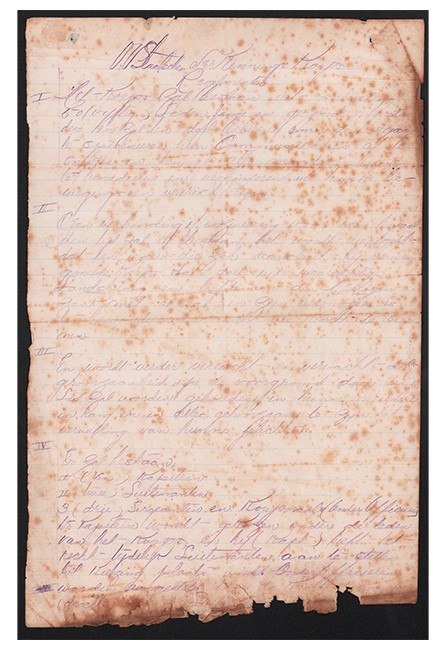 Written by Gideon Scheepers and sent by the State Messenger to Hennings Korps requesting certain men for a planned attack on the British forces. He lists 7 individual requests including one for 50 able bodied healthy young men to join him, 1 captain, 2 lieutenants, 3 sergeants, and corporals. It is signed by him as Head of the O.F.S. Command and dated June 1900 at Brandvlei.

Dictionary of South African Biography vol 2 page 626-628 and Standard Encyclopaedia of South Africa vol 9 page 510 -511: Commandant Gideon Jacobus Scheepers (4.4.1878 Middelburg - 18.1.1902 Graaff Reinet) was a Boer scout and commanding officer during the Second Anglo Boer War (South African War) After attending school at Middelburg and Pretoria he joined the Transvaal State Artillery in 1895 and was trained as a field telegraphist and heliographer. In 1898 he was seconded to the Orange Free State Artillery in this capacity.

In February 1900 he joined De Wet's Commando, and was promoted by De Wet to Captain in May 1900, who realised his potential as a leader of a corps of scouts. At the age of 22 he was appointed by General Louis Botha as commandant of a picked body of 150 men to invade the Cape Colony and influence the Afrikaners there to join in the war and to damage the enemy's lines of communication. He was captured in October 1901 by a British column and found guilty by a British military court on charges of murder, arson and demolishing of trains. Scheepers admitted during his trial that he had committed acts of arson, but claimed that he had acted at all times on the orders of his superior officers.

Completely convinced of his innocence he wrote in his diary, which he had kept since 10 October: "I am satisfied that I have served my nation and government faithfully." He was executed by a firing squad beside an open grave in the veld near Graaff-Reinet and was buried at the place of execution. However, that same night his body was apparently exhumed by British troops and reburied at an unknown spot because of fear that his commando would attempt to recover it. Efforts to trace his grave and approaches to the British authorities to reveal its location was unsuccessful. His execution caused an outcry in South Africa and abroad. Protests were made in the British Parliament and the United States of America, as he was not treated in accordance to the Geneva Convention. There was also a serious doubt as to whether a British military court was competent to pass a sentence of death on a prisoner of war while the war was still raging. His achievements in the war were adequate to ensure that his memory would endure, but the manner of his death elevated him to the rank of martyr. A memorial to honour this Afrikaner leader, regarded by many as a hero, was erected by the Graaff Reinet Afrikaans Cultural Society. This memorial can be found approximately 2km for the town on the Murraysburg Road on a site as near as possible to the place of execution 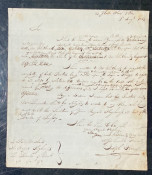 A draft autograph letter signed from Hume to H.R.H. the Duke of Kent, 7th August 1813 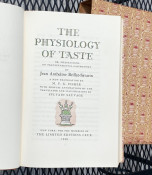 The Physiology of Taste or, Meditations on Transcendental Gastronomy