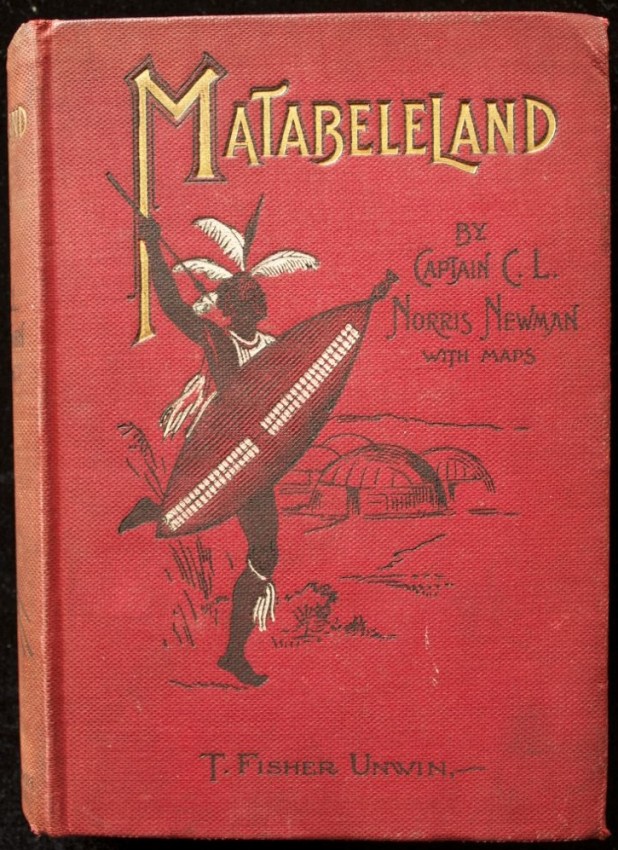 With Notes On The Occupation Of Mashunaland, And An Account Of The 1893 Campaign By The British South Africa Company, The Adjoining British Territories And Protectorates. With sketch map and plans of the fights.

'Prefaced by a chapter on "The Rush for Africa," the author commences his work with a short sketch on the rise of the Matabele nation, their contests with the Boers, Basutos, and Zulus, and the military progress of the country under Moselekatse. The account of the early concessionaires under Lobengula is given with considerable detail, and is interesting as showing the methods which eventually led to the occupation of the entire country. Among other pioneers, the name of Sir J. Swinburne is mentioned, of whom it is related that he made an offer, somewhere in the sixties, of £160,000 for the entire mineral rights of the Transvaal, which, avers the author, was only rejected on account of the opposition of one single member of the executive of the impecunious republic. It is remarked that many of the early settlers in Rhodesia stated "that they were not treated at all well by the British South Africa Company," who, they asserted, did not fulfil the promises made to them as an inducement to undertake such a long and risky journey, and so difficult a mission. There is a chapter on British Bechuanaland and Khama's country, which relates the history of the various intrigues of Boers and Britons for the acquisition of this territory. Full accounts are given of the Chartered Company's concessions, with the names of the people who acquired them, and a full list of the first officials who took possession of the country, and there is a résumé of the various matters which led up to the Matabele War and the death of Lobengula. The author refers to the alleged slanders upon the Chartered Company with respect to their conduct of the war, and their treatment of the wounded and prisoners, and states that "it may be taken for granted that in no campaign against [natives] in recent years has so little cruelty, want of feeling, and loss of life occurred." A detailed description of the war is afforded, including the disaster to Major Allan Wilson and his men, and the pursuit of the King, and Mr. Newman criticises Major Forbes for not having sent every available man to Wilson's relief, which, he asserts (on the authority of Burnham, the scout, and other officers), could have been carried out if this course had been pursued.' - Mendelssohn Vol.II, page 99.