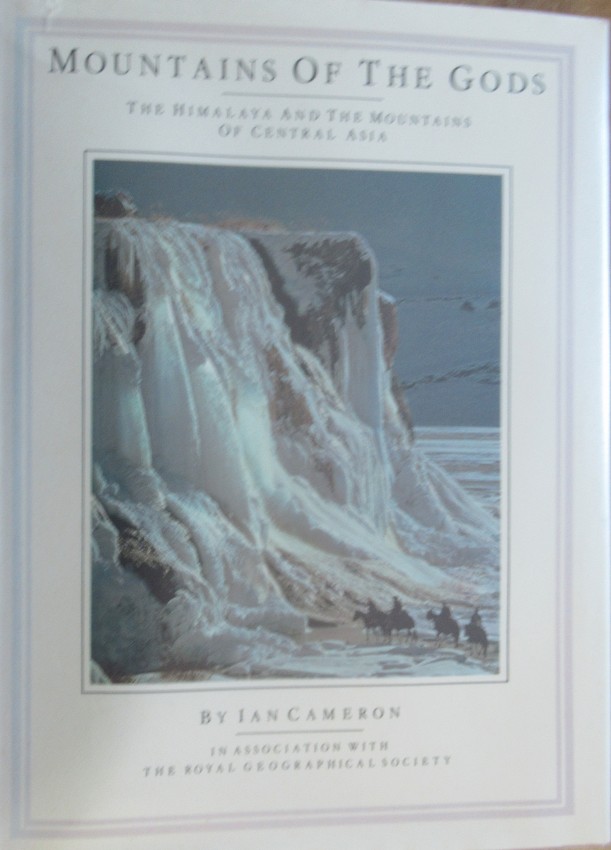 Mountains of the Gods

The Himalaya and the Mountains Of Central Asia

Hardback with unclipped dustcover over dark brown boards with silver lettering to spine.

Rearing nearly five miles into the skies, the Himalayas are the most magnificent range on earth. Yet they are only part of an even greater mountain complex which includes the Hindu Kush, Karakoram, Pamirs, Tien Shan and Kun Lun. Eminently readable, Mountains of the Gods tells the story of this whole complex from its formation to the present day.

It begins with an explanation of how the mountains were formed as, millions of years ago, the Indian subcontinent collided with the belly of Asia. It describes their settlement by early man and how long before the birth of Christ-they were explored by Hindu pilgrims who discovered the source of the Indus and Ganges, Ian Cameron goes on to tell of how the mountains were penetrated by a succession of invading armies from the troops of Alexander the Great to those of the Soviet Union, and how their secrets were slowly and often painfully unveiled by traders, explorers, spies, surveyors, scientists and climbers facing heights and difficulties far greater than anywhere else on earth.

As well as recounting the story of such well known figures as Marco Polo, Hillary and Tenzing, Ian Cameron also brings to life the exploits of many lesser known explorers like the formidable Fanny Bullock Workman who scaled the glaciers of the Karakoram carrying a placard demanding votes for women.

Superbly illustrated with paintings and photographs drawn largely from the archives of the Royal Geographical Society, Mountains of the Gods is a story of endurance and achievement on a heroic scale of a timely warning of what future generations stand to lose if we do not conserve this threatened paradise.

A SOLDIER IN SOUTH AFRICA 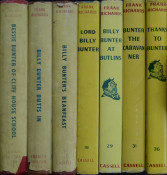