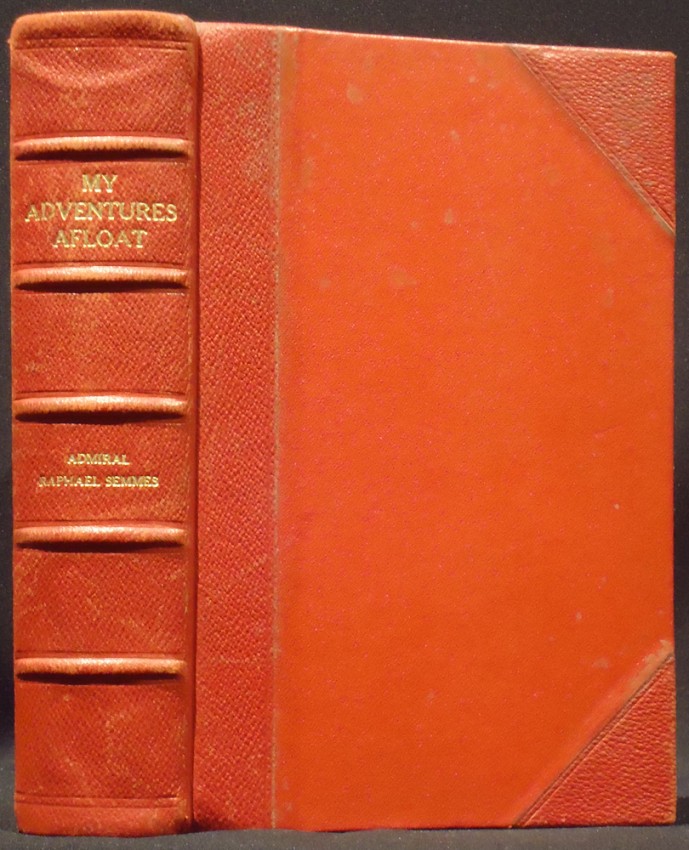 From the preface: The Alabama was the first steamship in the history if the world that was let loose against the commerce of a great commercial people. She not only alarmed the enemy, but she alarmed all the other nations of the earth which had commerce afloat, as they could not be sure that a similar scourge, at some future time, might not be let loose against themselves. The Alabama, in consequence, became famous.

Semmes was captain of The Alabama – see: https://en.wikipedia.org/wiki/Raphael_Semmes

Edna and Frank Bradlow: Here comes the Alabama. The Confederate raider Alabama was built by Lairds of Birkenhead during the American Civil War. She was designed to prey on the mercantile shipping of the Northern States. The Northern government attempted to have her impounded under the neutrality laws, but she escaped to the Azores, where she was armed on 24 August 1862. Her captain, Raphael Semmes and her officers were Southerners, her crew British. By 28 July 1863, when she arrived at Saldahna Bay she had accounted for 55 enemy ships, and on 5th August she captured the Northern bark Sea Bride outside Table Bay. The Alabama was unsuccessfully pursued to the Cape of Good Hope by the U.S.S.VanderBilt. In the following March the Alabama returned to the Cape; and this was probably the occasion when the Malays composed the well known 'ghommaliedjie' (Folk song)- Daar kom die Alabama. From Cape Town she went direct to Cherbourg in France where she was sunk outside the harbour by the U.S.S. Kearsarge on 19 July 1864.

THE SIEGE OF LADYSMITH in 120 PICTURES

Gordon at Khartoum - Being a personal narrative of events