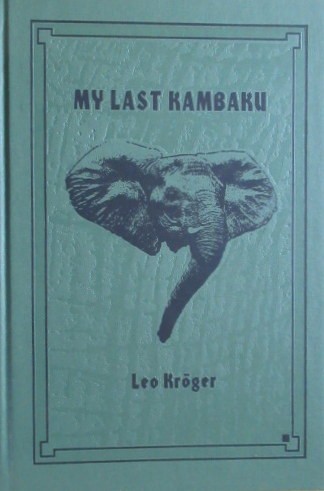 Leo Kroger was born in Khabarovsk in the Russian Far East. As he says in the opening in the book, "this [being born in Siberia in 1912] condemned me to savor two great wars, a multitude of revolutions, the Soviet and Japanese occupation in Manchuria, Nazism, communism, apartheid, and the atomic bomb." He lived and hunted in Sibera, Manchuria, China, England, Germany, and, since 1953, Mozambique.

My Last Kambaku reflects the richness and fullness of Leo Kroger's unusually long and eventful life, making this an engaging hunting memoir as well as a page turner. Foreword by his friend and hunting companion for many years, Baron Werner von Alvensleben. Introduction by Erpo Freiherr vo Droste zu Vishering.

This is volume twenty-one in Safari Press's Classics in African Hunting Series.