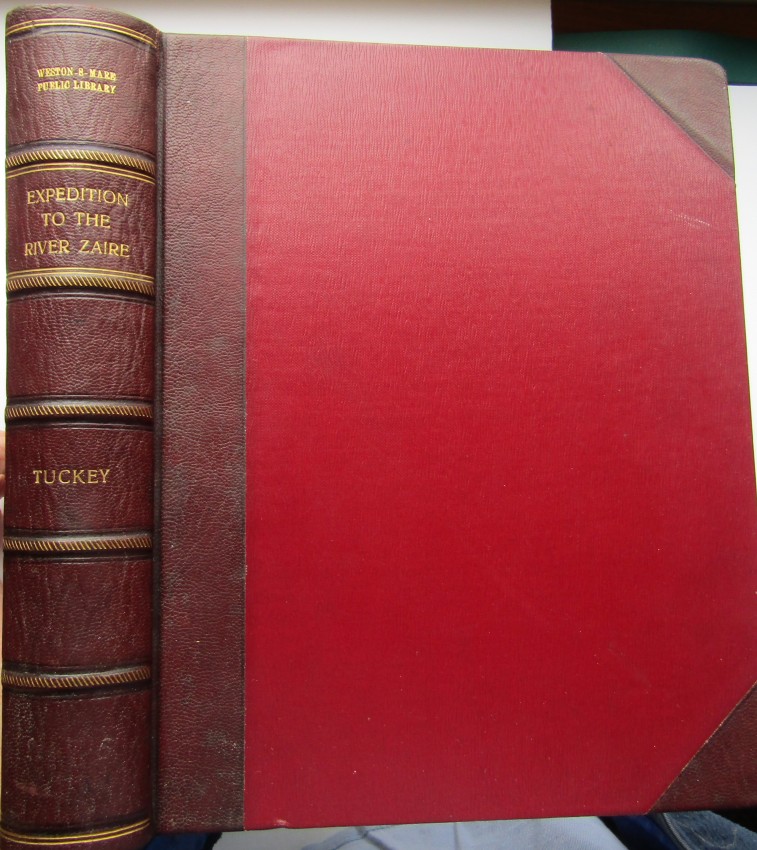 under the direction of Captain J. K. Tuckey, R. N. To which is added, the journal of Professor Smith; some general observations on the country and its inhabitants; and an appendix: containing the natural history of that part of the Kingdom of Congo through which the Zaire flows.

Half burgundy leather over red buckram.

Staining and foxing present throughout

was captured by the French on a voyage from St. Helena in 1805 and suffered

an imprisonment of nearly nine years. Promoted to the rank of commander in

1814, he was later assigned to lead an expedition to explore the Congo River in

1816 to learn if there was a connection between the Congo and Niger basins.

He explored the river up to 480 km from the sea. Most of the officers and crew

on the coast of today's Democratic Republic of the Congo. Although the expedition

appeared a failure it raised interest in the exploration of Africa.

Shipped and insured by recorded delivery