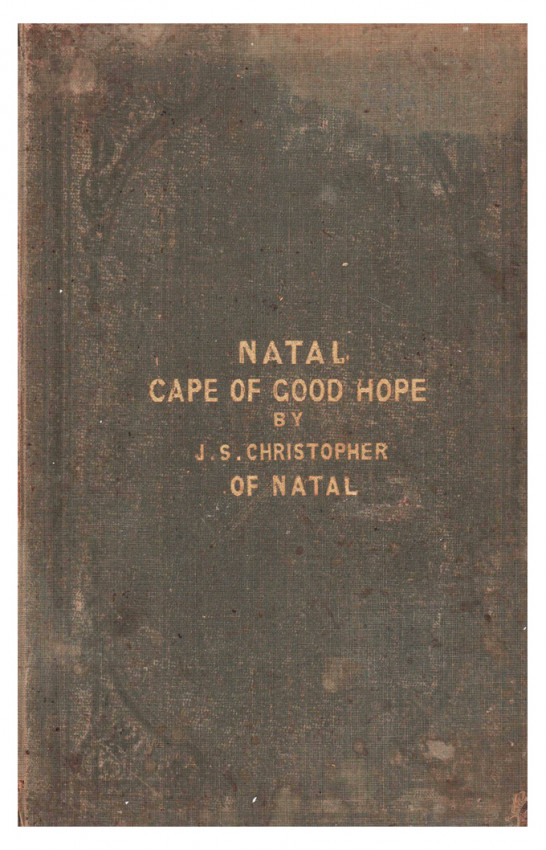 Mendelssohn (Sidney) South African Bibliography vol. 1 page 523: The author was a staunch believer in the virtue of colonisation as a means of lessening suffering and poverty, and he states that he " promoted emigration to Algoa Bay " many years before he saw the country, and later on, when he visited it, was able to report that in every case but one the settlers had done well. He also visited Natal, and considered it even more favourable than the Cape Colony for emigrants, and he bought farms, formed a Land Company, and settled there with his family. There is a short description of the country, with information of every description for the use of the colonists, together with articles, contributed by various writers, calculated to throw light on subjects of interest respecting the colony. The work is illustrated with lithographic views, and contains a map compiled from sketches by Dr. Stanger, with a " condensed government report of productions of Natal," in the margin.