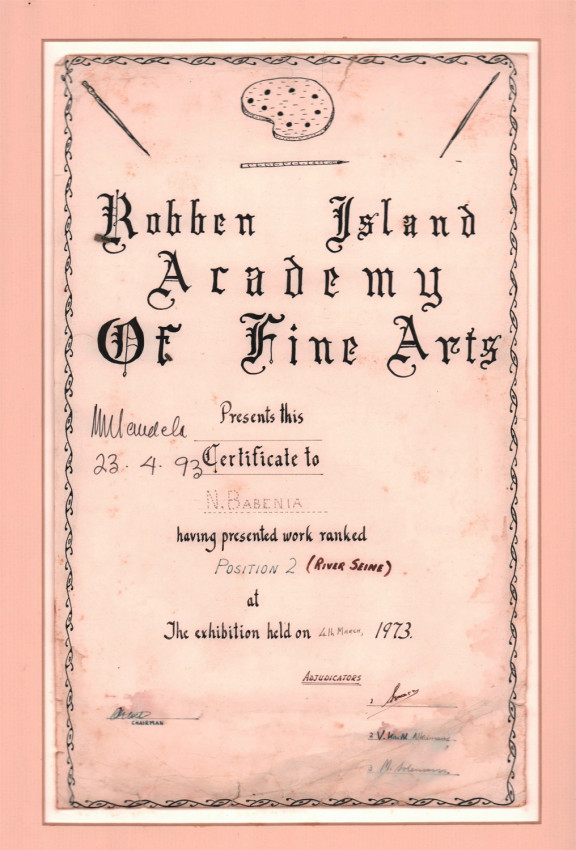 The four documents are mounted on acid-free paper. Items 1, 2 & 4 are in very good condition. Item 3is a mimeographed-type duplicated document with the printing ink having faded over time.

Natvaral 'Natoo' Babenia and Nelson Mandela were both founder cadres in the African National Congress’ armed wing, Umkhonto we Sizwe (Spear of the Nation) (MK), which carried out its first operations on the 16th December 1961 - a public holiday then known as the Day of the Vow and now officially as the Day of Reconciliation. Mandela, together with fellow South African Communist Party leader Joe Slovo, was the co-initiator of MK and founding commander-in-chief. The Durban born Babenia was a pipe-bomb maker, working closely with Ronnie Kasrils. At the flagship trial of the Natal High Command operations Babenia received the second highest sentence - 16 years - being released in 1980. Near uniquely Babenia had prior experience of sabotage activity, he earlier having left South Africa, travelling to India where he became active in pro-independence struggles, including sabotage.

In the late 1980s Iain Edwards assisted Babenia in writing his political memoirs, which were published by Mayibuye Books in 1995 - see sources listed below. In 1993 Nelson Mandela was awarded an Honorary Doctorate in Law by the University of Natal. Babenia asked to meet with Mandela, with that meeting taking place in Mandela’s waiting lounge in the University Sports Centre, the venue for the graduation ceremony. Babenia took with him to the meeting, for Mandela to autograph, his two highly prized Robben Island certificates and two historical documents which form part of this collection. 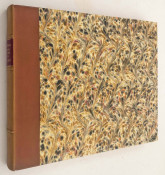 BOTSWANA - A BRUSH WITH THE WILD - LIMITED SIGNED DE-LUXE EDITION