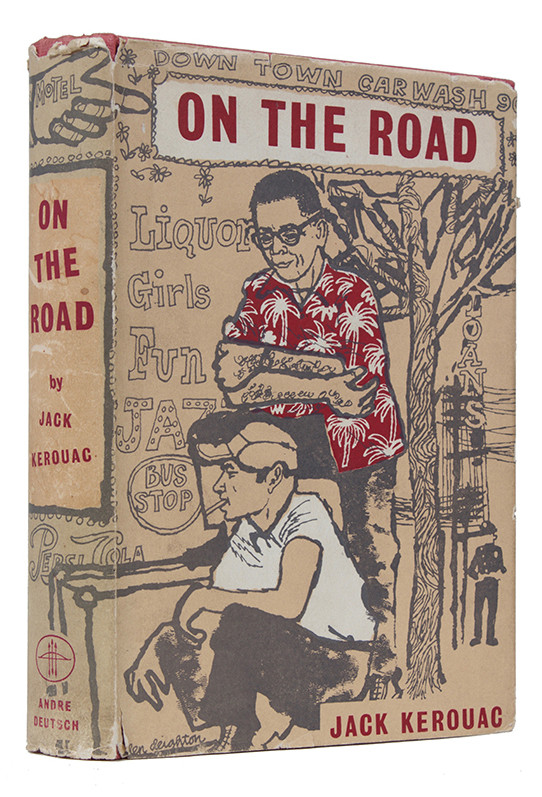 The dust jacket was designed by Len Deighton

Like most legends, the story of the whirlwind composition of On the Road is part fact and part fiction. Kerouac did, in fact, write the novel on a single scroll in three weeks, but he had also spent several years making notes in preparation for this literary outburst. Kerouac termed this style of writing "spontaneous prose" and compared it to the improvisation of his beloved jazz musicians. Revision, he believed, was akin to lying and detracted from the ability of prose to capture the truth of a moment.

However, publishers dismissed Kerouac's single-scroll manuscript, and the novel remained unpublished for six years. When it was finally published in 1957, On the Road became an instant classic, bolstered by a review in The New York Times that proclaimed, "Just as, more than any other novel of the '20s, The Sun Also Rises came to be regarded as the testament of the 'Lost Generation,' so it seems certain that On the Road will come to be known as that of the 'Beat Generation'." As Kerouac's girlfriend at the time, Joyce Johnson, put it, "Jack went to bed obscure and woke up famous." https://www.biography.com/writer/jack-kerouac