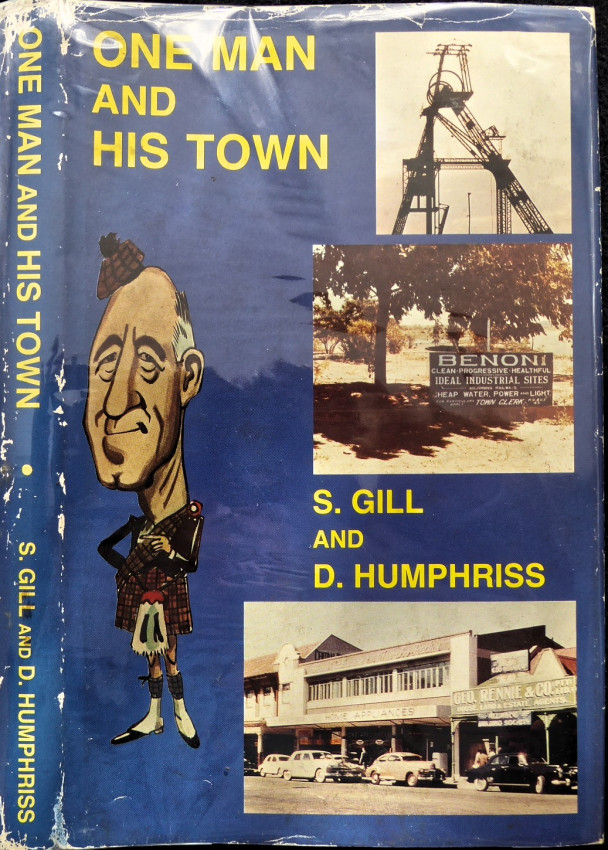 79pp. Hardcover with DW. B/W photo illustrations in text. The FFEP has three penned inscriptions, the top one is in the rather shaky hand of Morris Nestadt. The middle inscription is by Sidney Gill's wife, Irene Gill standing in for her husband, who died suddenly of cancer when the drafts of this book had just been completed. Deryck Humphriss has signed and dated at the bottom of the page.

Some wear to DW extremities. Previous owner's name is rubber stamped to ffep. Otherwise the rest of the book is in near fine condition.

Morris Nestadt's ('Mr Benoni') father left his native Lithuania and travelled via Berlin, London and Cape Town to Johannesburg where he stayed during the Anglo-Boer War, working for President Kruger and subsequently for Field Marshal Lord Roberts.

At the end of hostilities he moved to Benoni, walking as far as Middelburg to find work as a harness maker.

His son Morris, then aged 8, began his business career selling newspapers, while living in conditions of near-poverty and rose to become a political power in the Transvaal. He was the only citizen of Benoni to be given the freedom of the town, where he became generally known as 'Mr Benoni'.

He experienced the savagery of the Benoni miners, lived through the Rand revolt of 1922, during which he became the personal target of an angry mob.

At the request of General Smuts he and his wife were received in audience by King George VI and Queen Elizabeth.

This is a social history, written around the turbulent and triumphant story of one man and the town he loved and to which he devoted his life.