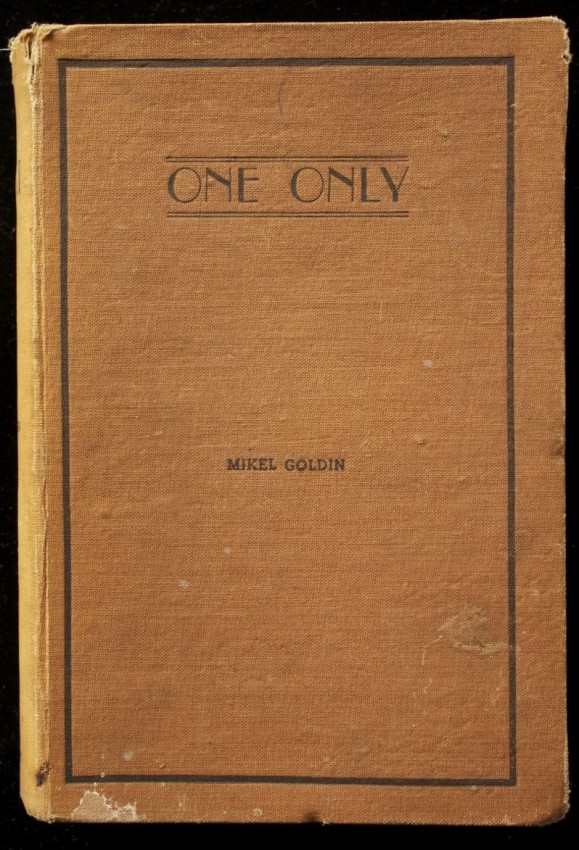 Mikel Goldin was a Jewish businessman from Johannesburg who paid Herman Charles Bosman to ghost-write his long personal history/philosophy.

"He divulged to Herman how he made his fortune: simply by selling furniture on hire purchase to the poor Afrikaners of Fordsburg. Once they defaulted on a payment, he had the furniture repossessed and then resold to others. This incensed Herman - especially when he found out that Mr. Goldin employed house to house agents as his salesmen, offering easy terms."

"In late 1942 Bosman's friend Arthur Markowitz introduced him to a man by the name of Mikel Goldin, a Jewish merchant who claimed to be a deep thinker and who was looking for a literary gentleman to ghost-write a book on his philosophy. Bosman, still struggling to make ends meet and glad of anything that would bring in some money, agreed to perform the task."

Contents clean although the inner hinges are starting. There is some age associated edge wear on the boards. It is not so much the work itself but the history behind it that makes this book very interesting. It would perhaps have remained an obscure work had it not the fascinating and fortunate association with one of South Africa's greatest authors.