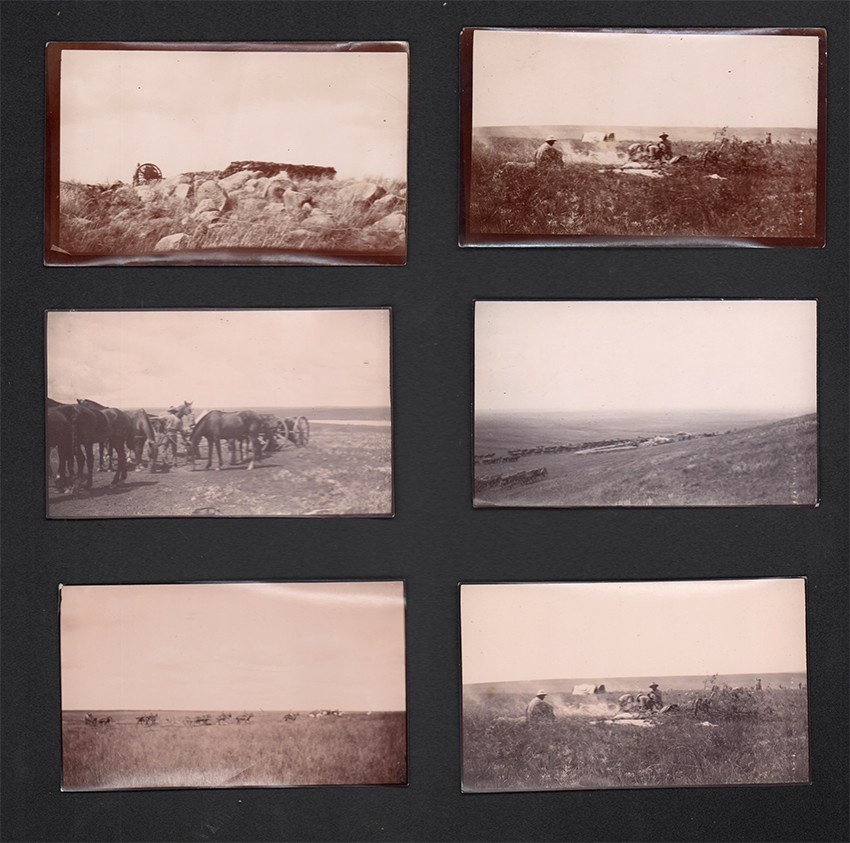 73 photographs, all approximately 12 x7mm, sepia toned, all undated, some with pencil captions on the back in the same hand but the photographer is not identified, others with numbers. The photographs are very lucid and in good condition. The captioned photographs cover the area from Natal through to Eastern Transvaal and depict typical war scenes – crossing spruits, cooking breakfast, feeding horses, camping in the veld, a few battle scenes, pulling cannons across spruits. The name of the photographer is unknown.

41 with pencil captions on the back which include the following:

With the invention of the half-tone process in the 1880s came the ability to reproduce photographs directly in print media. Fast on the heels of this printing revolution, in 1888, came the launch of Kodak's box camera, which used rolled paper film, and made the art of photography accessible (at a price) to all. Specifically aimed at the amateur market, Kodak's cameras meant that at the outbreak of the Anglo-Boer War of 1899-1902 many soldiers possessed cameras and used them freely at any opportunity. Coupled with a large number of professional photographers, commissioned by specialist magazines such [as]Black and White Budget or Navy and Army Illustrated, the number of cameras in that theatre of war means that there are today many more photographs from the Anglo-Boer War than from the Anglo-Zulu War of just twenty years earlier. Indeed, the sheer number of photographers unfortunately means that many of their names are sadly now lost to history. Importantly, however, the reproduction of their photographs in print means that the historic images they took have fortunately survived. http://samilitaryhistory.org/vol161sm.html