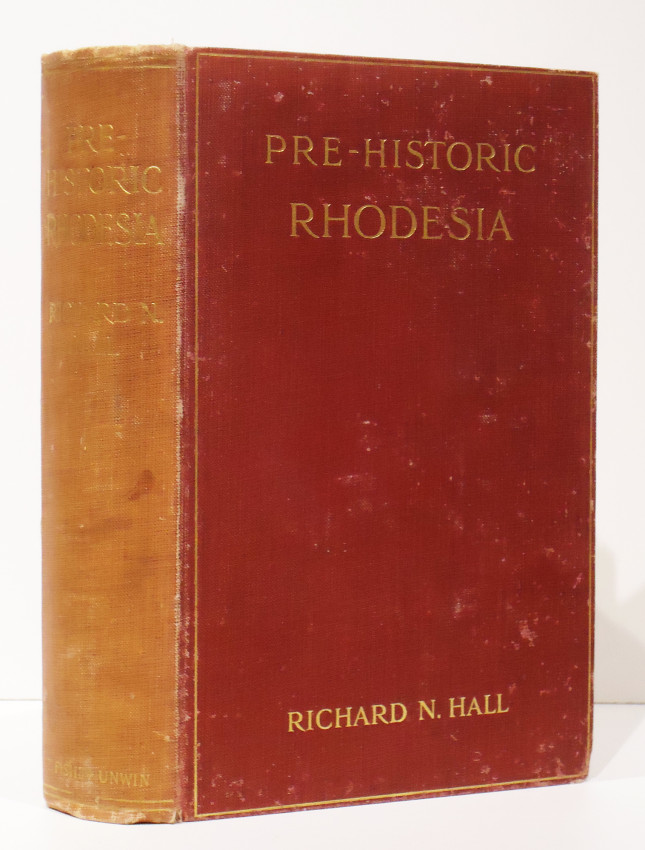 An Examination Of The Historical, Ethnological And Archæological Evidences As To The Origin And Age Of The Rock Mines And Stone Buildings,

And The Countries Of Monomatapa, Manica, Sabia, Quiteve, Sofala and Mozambique

With illustrations, Maps and plan

First edition: 488 pages, frontispiece, folding maps and a plan, original red cloth titled gilt on the upper cover and spine, the spine is faded and the boards and scuffed and worn, uncut fore edge and bottom edge, top edge gilt, the uncut page edges are foxed, a good copy.

Richard Nicklin Hall 1853 -1914, solicitor and amateur archaeologist who emigrated to Rhodesia (now Zimbabwe), where he published a novel, Life among the Matabele Kopjes in 1896. From 1897 he was secretary of the Rhodesia Landowners' and Farmers' Association and of the Bulawayo Chamber of Commerce. He also became editor of the Matabele Times and was the Rhodesian representative of several London newspapers. In 1899 he served as commissioner for Rhodesia at the Greater Britain Exhibition in London, and in 1901 in a similar position at the Glasgow Exhibition.

Hall collected information on the prehistoric ruins of Rhodesia and in 1900 started collaborating with W.G. Neal, who had accumulated much information on the ancient ruins of Matabeleland while treasure hunting in the region from 1895 to May 1900. A comprehensive report, with Neal as co-author, The ancient ruins of Rhodesia (London, 1902) soon followed. It included descriptions of every ruin found by Neal and listed numerous ancient gold mines. The authors supported the conclusion of J.T. Bent that at least some of the stone buildings had been erected by the Phoenicians or other people from the Middle East.

His final major work, published in 1909, was Pre-historic Rhodesia, a review of the historical, ethnological and archaeological evidence relating to the age and origin of the ancient stone buildings and mines of Rhodesia. He reiterated the arguments and conclusions of his earlier works, and attacked the conclusion of David Randall-MacIver that Great Zimbabwe was the end product of a local development of African building skills. Extracted from the following which gives a detailed biographical sketch of his life and work https://www.s2a3.org.za/bio/Biograph_final.php?serial=1192 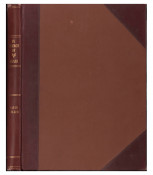 Among The Turks. With 27 Engravings.