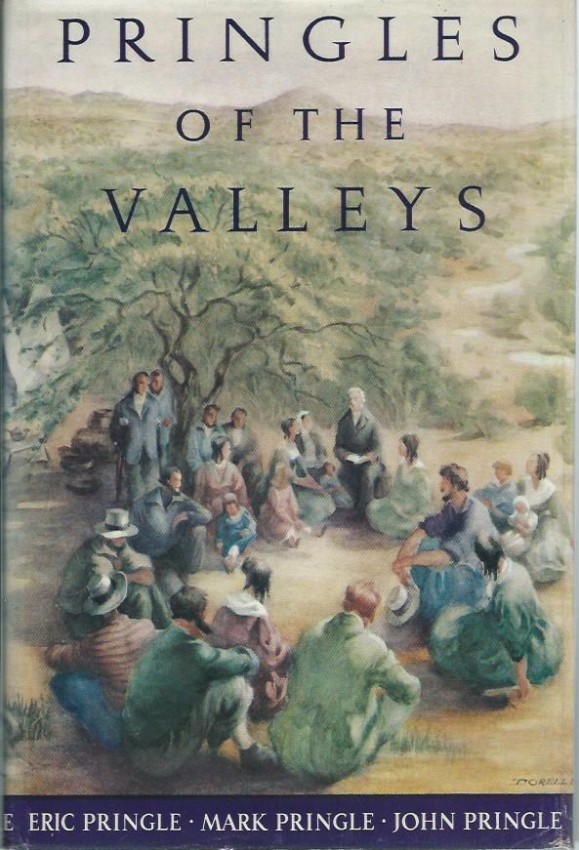 PRINGLES OF THE VALLEY:

their history and genealogy

Accompanied by three pamphlets from the reinterment of Thomas Pringle on the farm Eildon in the Bedford, Eastern Cape district on 5 December 1970.

[1]. The announcement and invitation to the ceremony, dated 6 October 1970.

[2]. Note on how to find the farm of Alan and Mavis Pringle, Eildon; together with two loose-leaf maps.

[3]. The order of service held at the Scottish Settlers' Memorial Chapel at Eildon, which was presided over by the Rt. Rev. Alasdair Paterson, Moderator of the Presbyterian Church of Southern Africa. Pringle had previously been buried in Bunhill Fields, United Kingdom.

The Pringle family arrived with the 1820 settlers, and then spread far and wide in South Africa.