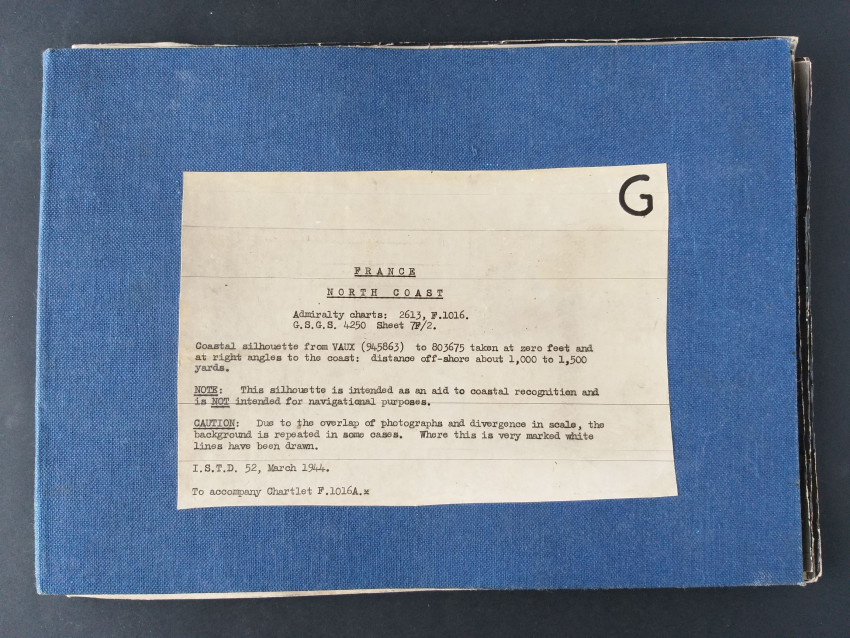 A rare, top secret document. This six metre+ long photo montage of the Normandy coastline was taken by daring RAF pilots two months before the D-Day invasions. These brave airmen risked death to take these photographs in a top secret mission. All the photographs were taken in broad daylight while flying just 3 metres above the ocean.

The photos were then pasted together in a panorama and given only to the highest ranking admirals for reconnaissance. The booklet was used to draw up highly detailed maps and three-dimensional models and identify detailed landmarks to plan the invasion. In an article published by the Daily Mail (UK) in 2013, the background of this rare photo booklet was outlined. Booklet 'G': coastal silhouette from St. Honorine-des-Pertes to Grandcamp-les-Bains.

The annotated images depict Gold beach, which was one of the five sections of coastline including Utah, Omaha, Juno and Sword, stormed by British troops as part of the attacks on 6 June, 1944.