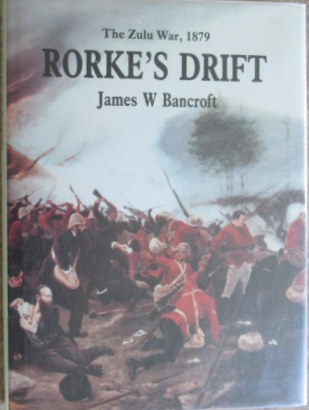 This is a graphic account of how British men behaved as gallant soldiers in their struggle for survival, and Zulu natives fought as brave warriors in their efforts to overpower them, during the epic defence of the storehouses and field hospital at Rorke's Drift, Natal, at the beginning of the Zulu War in January 1879.

It is the result of a close comparison and examination of over thirty eye-witness accounts and letters, together with an in-depth study of official reports, various journals, and the newspapers printed at the time of the war. The narrative has been written in a way that allows the reader to experience the events with the same feelings of uncertainty about the situation as did the defenders.

The work expresses the comradeship and horror of hand-to-hand combat, and highlights the fighting spirit of the British soldier, as officers and men tried to cope with the terrible events thrust upon them, For this single action alone fifteen gallantry medals were awarded. The story brings to light and clarifies several new facts that have been overlooked in previous books about the battle, and is accompanied by a chapter of explanatory notes and biographies that go into considerable detail about the men who played the most prominent part in the defence of Rorke's Drift.

Hardback with unclipped dustcover, Half Title, Title with Frontispiece, Contents.168 pages text with numerous maps and illustrations through the text.