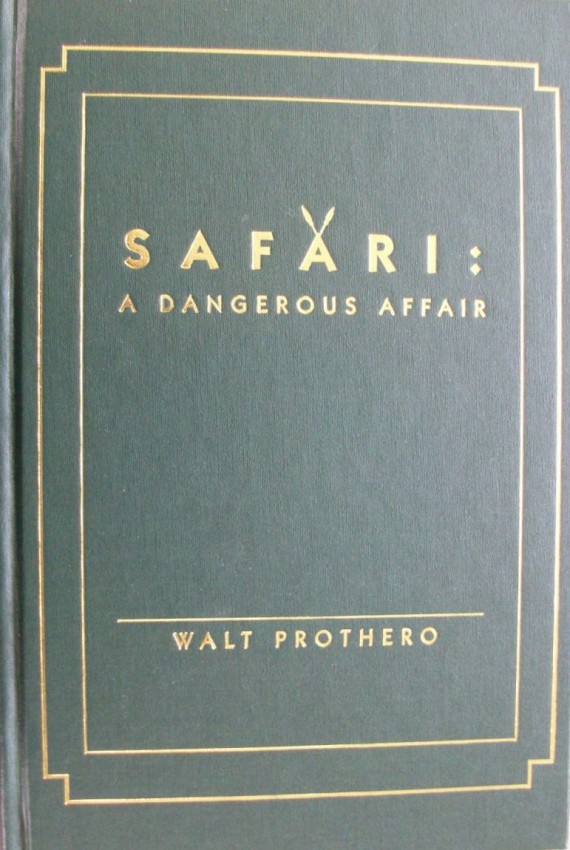 The author, a veteran of many safaris, writes of recent real-life deadly and dangerous encounters with African critters that bite. From Namibia, Zimbabwe, Zambia, Mozambique, and Tanzania come stories that will be tagged as unbelievable by some but that actually happened- these are current tales, not stories from fifty years ago. Read about a cunning monster-size man eating lion that finds six victims before being killed by a safari client, or about an "almost dead" buffalo that kills a PH in Tanzania who disregarded the advice of his trackers.

Then there was a slightly wounded but highly agitated leopard that sliced through a slew of people in mere seconds. In another tale a safari client thinks he can kill buffalo with a small calibre rifle because his gunsmith said so! Find out what happened.

These and Prothero's own safari adventures are mixed together in an unusual, exciting and well written book. It shows safaris are not without danger, and you had better have your life insurance paid up before you leave, because accidents do happen. Walt Prothero interviewed clients, PHs, and trackers to get the real stories, which are often more bizarre and dangerous than any fiction! Follow Prothero on adventures that will give even the most nonchalant reader sweaty palms and a prickly scalp, as well as on his more mundane expeditions- trekking through the waterless Namib, hunting buffalo by dugout in the Okavango, and making contact with Masai in such a remote area of Tanzania that they'd never seen a motor car or a white man.

This volume is number thirty-five in Safari Press's Classics in African Hunting Series.