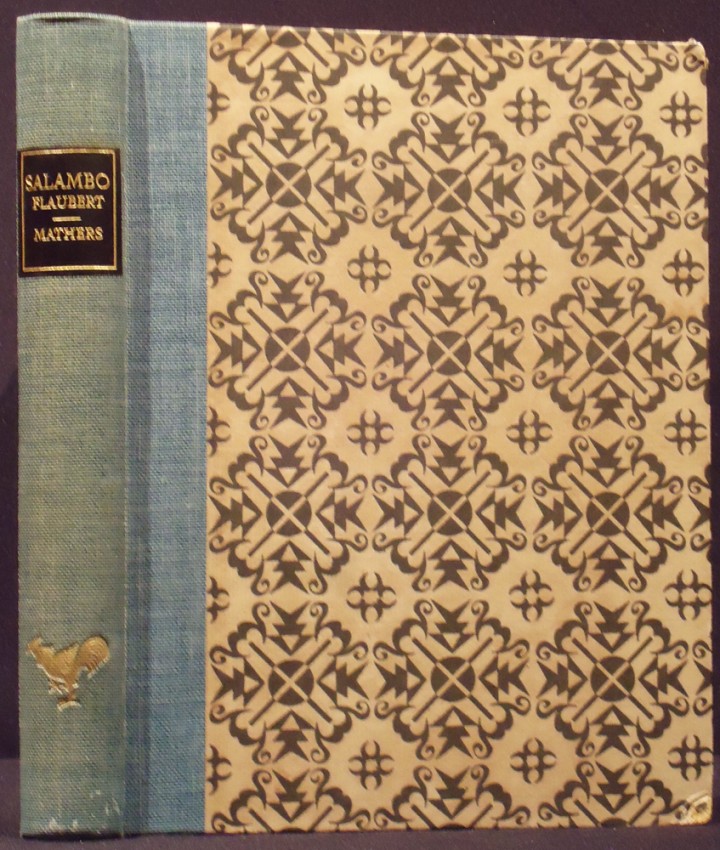 Decorated with Engravings on Wood by Robert Gibbings

Salammbô (1862) is a historical novel by Gustave Flaubert. It is set in Carthage during the 3rd century BC, immediately before and during the Mercenary Revolt which took place shortly after the First Punic War. Flaubert's main source was Book I of Polybius's Histories. It was not a particularly well-studied period of history and required a great deal of work from the author, who enthusiastically left behind the realism of his masterpiece Madame Bovary for this melodramatic, blood-soaked tale.

The book, which Flaubert researched painstakingly, is largely an exercise in sensuous and violent exoticism. Following the success of Madame Bovary, it was another best-seller and sealed his reputation. The Carthaginian costumes described in it even left traces on the fashions of the time. Nevertheless, in spite of its classic status in France, it is not widely known today among English speakers.