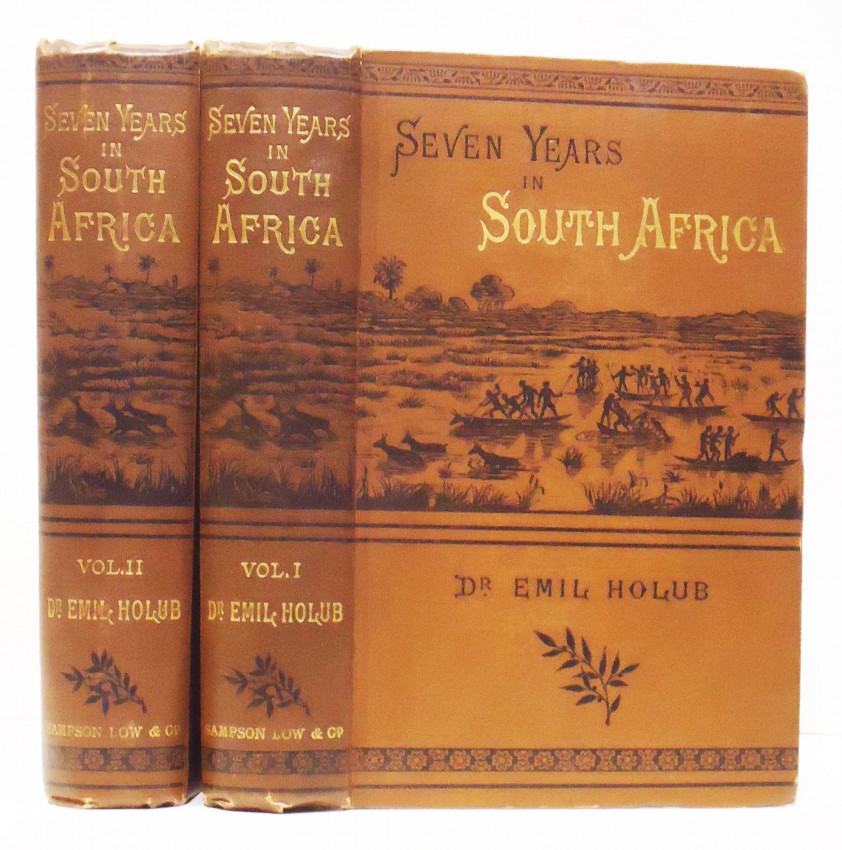 Translated by Ellen E. Frewer with about 200 original illustrations and a map.

Editor's note to the reprint edition, Johannesburg, 1975. He remarks in his Preface, "From the days of my boyhood I had been stirred with the desire to devote myself in some way to the exploration of Africa." Holub was eminently qualified to undertake travel in the Africa of his day. He was a doctor of medicine, a zoologist, a botanist, a hunter and taxidermist, an artist and cartographer, an avid collector of specimens and, above all, a keen observer. Where Livingstone broke new ground Holub followed to consolidate, to record, to add detail to the broad canvas painted by his eminent predecessor.

Holub describes his first three expeditions to the remoter regions of southern Africa in the 1870's. Emil Holub's compelling ambition was to follow in the footsteps of Dr Livingstone and, specifically, to reach Luanda by way of the Zambesi valley and across Angola. That he failed in his principle objective does not diminish his stature as a traveller-explorer nor, indeed, the fascination which modern readers will derive from his meticulous accounts of the journeys, the third of which took him to the upper reaches of the Zambesi River.