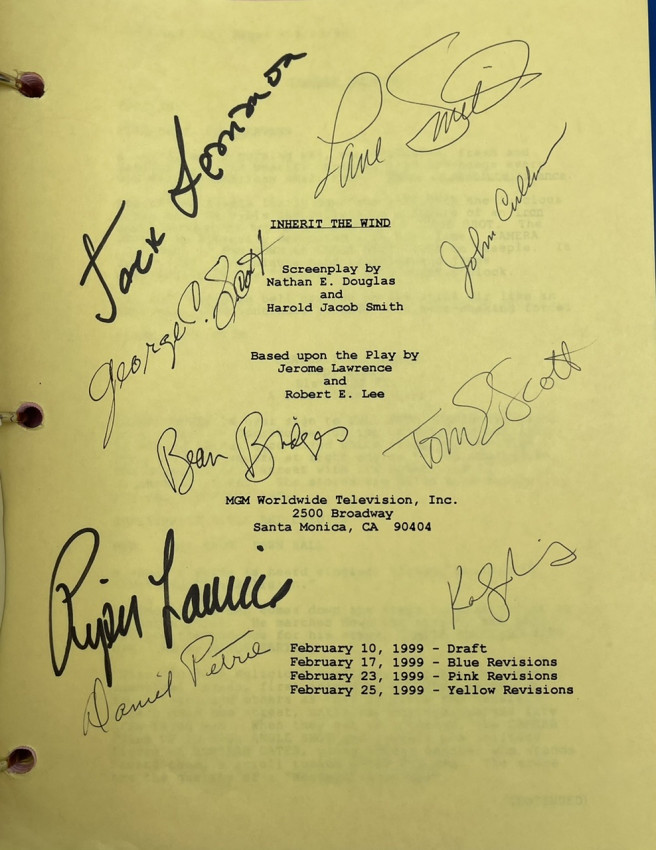 ”He that troubleth his own house shall inherit the wind and the fool shall be servant to the wise in heart.”

1999 Television movie which aired on SHOWTIME was directed by Daniel Petrie for Hallmark Hall of Fame Productions.  As the note at the front of the book explains, this was George C Scott‘s last performance ever, Jack Lemmon won the 'best actor' Emmy award, Beau Bridges won best supporting actor for either Golden Globes or Emmy,…

Scott died in September of that year.

Condition is acceptable-- someone taped a descriptive printout to the front cover; letter at front has