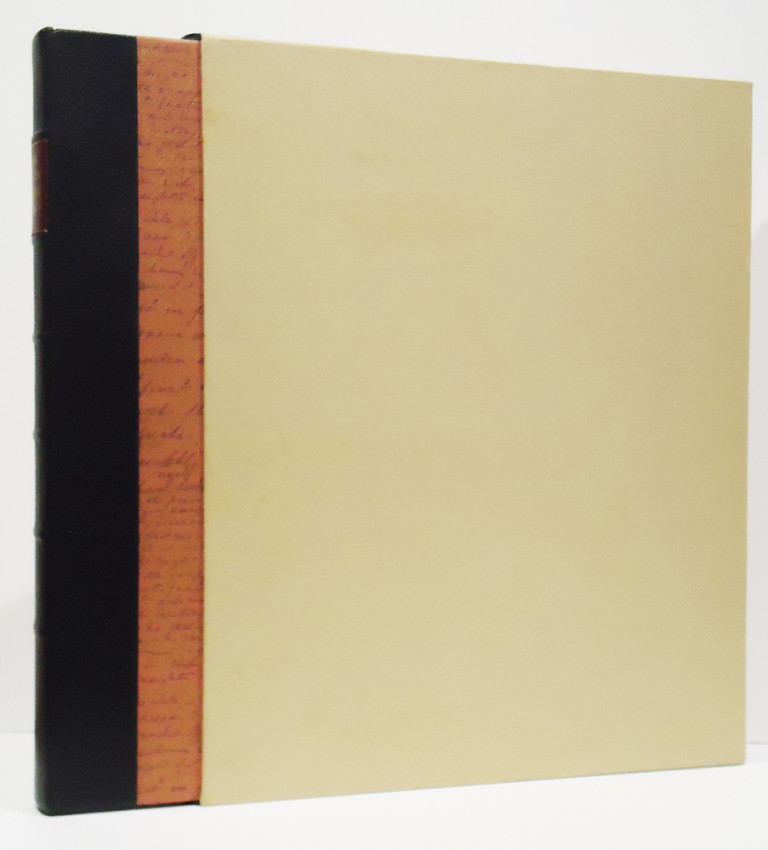 SOUND FROM THE THINKING STRINGS (Artist’s proof No. I)

A visual, literary, archaeological and historical interpretation of the final years of /Xam life.

Translations from the Bleek and Lloyd collection of interviews with //Kabbo, /Han=Kasso and Dia!Kwain by Stephen Watson.

The colophon reads:
This private edition, with three original colour etchings and seventeen original black and white etchings by Pippa Skotnes, each signed and numbered by the artist, is limited to:
50. Copies numbered 1 to 50
12 Artist’s proofs numbered A.P. I to A.P. XII
and 3 hors commerce numbered H.C. I to H.C. III

All the etchings are printed from the original copper plates, on Zerkall Buetten paper.

The embossings were hand-cut from copper plates by the artist.

The text is set in 16 and 14 point Plantin by Hirt and Carter and screen printed by hand at Omega Art.

Each copy is hand bound in quarter leather by Peter Carstens. The cover, taken from the pages of Lucy Lloyd’s original notebooks, was screenprinted by the artist.

3 June 1991‘Sound from the thinking strings’ is a visual, literary, archaeological and historical interpretation of the final years of |xam life. Published by Axeage Private Press and edited by Pippa Skotnes, it includes translations by Stephen Watson, essays by John Parkington and Nigel Penn, original etchings by Pippa Skotnes and a foreword by Stephen Jay Gould.

Sound from the thinking strings was the inaugural publication of Axeage Private Press and was launched with an exhibition at the Iziko South African Museum that included various related objects, manuscripts, photographs and the records of the Breakwater Prison. The edition is limited to 50 copies, some of which are included in the collections of the Iziko South African National Gallery, public libraries and several European and American collections, including Yale’s Centre for the Book and the Smithsonian’s African art collection. The book was widely reviewed and was the recipient of the University of Cape Town Book Award in 1992.

The publication was later also exhibited as part of the Standard Bank Young Artist Award and travelled with the exhibition to all the major centres of the country. It was also the subject of a major court case which was widely publicised in the press in which the National Library sued Pippa Skotnes for free copies of the book under the Legal Deposit Act, maintaining that a book could not be an artwork. http://www.cca.uct.ac.za/projects/sound-from-the-thinking-strings-edited-by-pippa-skotnes/