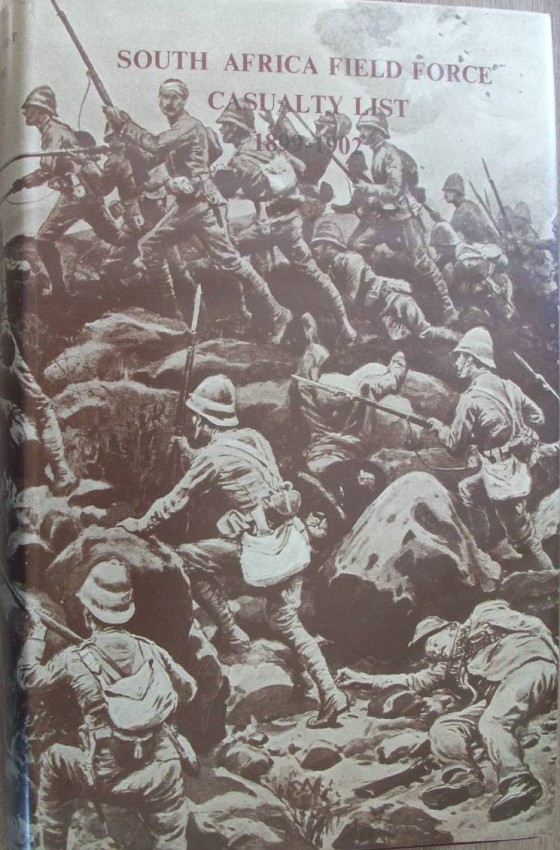 Hardback with dustcover over red boards with gilt blocking to front board, and gilt lettering to spine.

This edition was compiled from official sources and with the co-operation of The London Public Record Office (ref.W0.108/83). It will enable collectors, historians and dealers to have at their finger tips a reference to the majority of casualties sustained in the Boer War involving British and Colonial units. There were many battles, as is generally known, resulting in disasters as well as victories. The Boers showed the British Army many new tactics and most of these were adopted in 1914-18 and are still employed today throughout the world. It was only the grim determination of the officers and men that turned this task into a victory for Great Britain.

Amendments and corrections have been made but a few mistakes will still  no doubt be found.

The Front picture to dustcover- The Royal Lancasters carrying the crest of Pieter's Hill. The rear picture- The Disaster at Nooitgedacht: The end of a brave signaller.

Various Addenda's and Corrigenda from the outbreak of War from 11th October- Casualties after signing of peace, 31st May, 1902. All inclusive data contained within this period.

THE CONQUEST OF THE DESERT

Prisoners of War in Germany/Kriegsgefangene in Deutschland 1939-1945