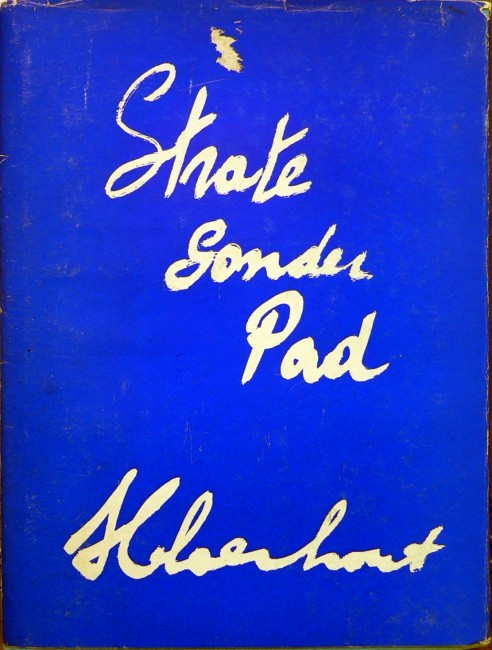 Book Condition: Near fine. Some light foxing to the top of some of the paste-downs where the adhesive was applied. Internal bindings are tight. Text pages, despite having mellowed slightly with age are still clean and bright.

Dust-Jacket: Fair condition. The book has been married up with the original Afrikaans printed \'Strate Sonder Pad\' dust-jacket which is somewhat scuffed and worn and a bit tatty in places on the extremities, but it has done its job well in protecting the book. This English translation did not originally have a dust-jacket printed.

This is the one-off scarce hand-written English version (translated by Mrs. M Pienaar and transcribed by Frans Claerhout) of the better known Afrikaans lyrical poem by Frans Claerhout, viz. \'Strate Sonder Pad\'. The book is authenticated by the \'Roman Catholic Mission Tweespruit\' rubber stamp to the rear fixed end-paper. This is the church that Frans Claerhout was the Father of. Proceeds from his works were gathered by the church to support the local community and their families, something that Father Claerhout remained dedicated to till his dying day.

\"Father Frans Claerhout\'s ministry was many things at the same time: priest, poet, artist, missionary, evangelist, advocate of the poor but most of all his ministry was to witness what it is to be a human being. His paint brush highlighted the stuff of our common humanity and combined it to the hopes and promises of the gospel. Fr Claerhout never set out to be political, in the political sense of the word, but his homilies hang in the homes and political corridors and universities of various persuasions. Fr Claerhout developed a unique ministry fired by his insight into himself, his fellow man and woman, and his surroundings. His inspirations hang in galleries all around the world. The churches his missionary community have built with the proceeds stand all over the Free State.\"

Father Frans Claerhout died peacefully at the age of 87 on the 4th of July 2006.