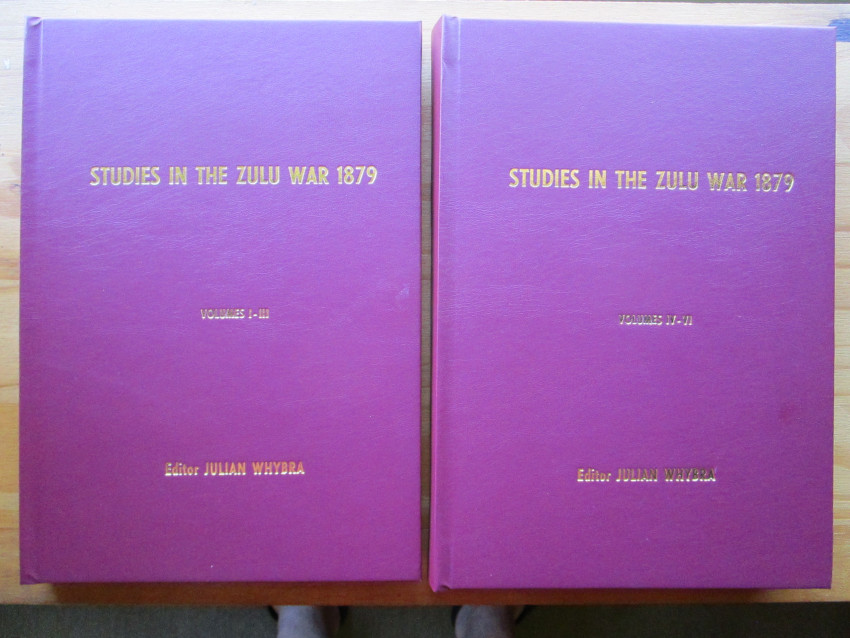 A compendium of texts authored or edited by Julian Whybra.

Each of the six individual volumes has been signed by Whybra.

England's Sons - A Casualty and Survivors' Roll of British Combatants:

Julian Whybra is a history graduate of the University of East Anglia and has carried out post-graduate research as a Research Fellow at the Jagiellonian University in Cracow and as a Fellow Commoner at Girton College, Cambridge. He lectured part-time in history in the Centre for Lifelong Learning, University of Essex until 2005 and is a past winner of the Browne Medal for Original Research in Military History. He lectures and has written a number of books and articles on the Zulu War and is currently engaged in writing a doctoral thesis on the battle of Isadhlwana.

The Lord of the Rings (first one-volume illustrated edition)