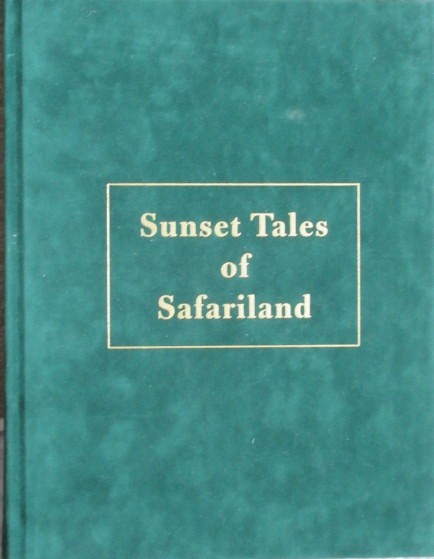 Green suede boards with gilt blocking to upper board, and similar to spine.

My good friend and erstwhile colleague, Stan Bleazard has honoured me with a request that I write a few words of introduction for his book Sunset Tales of Safariland. I am very pleased to fulfill that courtesy.

When I was the Chief Game Warden Kenya from 1964 through 1968 I was firmly convinced that I held and enjoyed the best job in the world. Time has not altered that view. It follows perhaps, as my Deputy, Stan might be said to have had the second best job in the world. The truth is that all of us whose lives were closely connected with the African wilderness and its wildlife in those halcyon days were blessed beyond the comprehension of today's generation and all but a few of our contemporaries. The unsurpassed freedom and joyful way of life is clearly apparent and well portrayed in the pages that follow. It will be a very poor soul indeed who is not moved, from time to time, to reflect upon the scenes depicted with a heartfelt wish, that he or she might have been present to share the communion with nature in all its glory, which was commonplace in Africa in those days.

Those wonder years also produced some larger than life human characters, some of whom get a mention in Stan's recollections. Much has been written about Billy Woodley: hunter, conservationist, soldier of rank and distinction, bush pilot and raconteur extraordinary. I was fortunate to have been his companion upon an arduous hike through arid, uninhabited desert scrub over many days during the Tsavo anti-poaching campaign in 1957. The man's complete and absolute zest for life and all things African was simply amazing and totally infectious. Just to listen was to be utterly enthralled. I was not the least surprised to learn that he so enchanted the Princess Royal, Princess Anne, at Treetops that she stayed up most of the night listening to his beguiling words, much to the consternation of anxious aides and equerries.

Robert Ruark, the American author, was a bird of a different feather. Stan mentions his safari with Harry Selby to South Horr. At that time I was the Game Warden for Samburu District and camped at Baragoi just south of the Horr Valley, albeit in very arid, hot semi-desert country. The land was stricken and I was making a show of futilely trying to move thousands of zebra and antelope away from badly needed grazing necessary to keep the Samburu cattle alive. In the late afternoon I detected a flickering mirage in the dusty haze some way ahead. As I got closer the mirage took on human shape, three men in Indian file. Ruark was in the lead followed by a gunbearer with a weapon of some sort. It was the third figure that astounded me. No less a one than Brian Burroughs, the general manager of the New Stanley Hotel in Nairobi. I had not seen him before in anything but a grey suit and there he was, in baggy shorts over pink knees sporting a flowery shirt, with a bottle of gin in one hand and a flask of ice in the other! What manner of man was it that could persuade such a personage to act as his personal butler in those surroundings? I never did get a real answer, but poor Burroughs certainly looked most uncomfortable out of his usual habitat.

This volume has been published by Trophy Room Books and is signed and numbered 157 of 1000 copies. 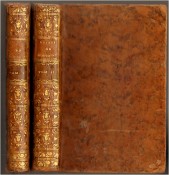 The Geology of South Africa

Transvaal versus Great-Britain. A short commentary upon the Dutch address to the British people