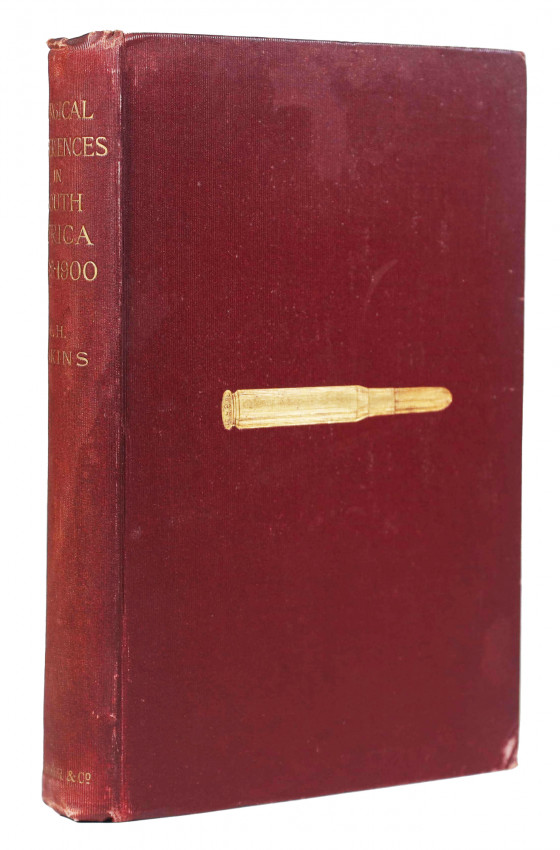 Mendelssohn (Sidney) South African Bibliography volume 1 page 970:A work containing much useful information respecting the nature of the wounds inflicted by bullets and shells used in the South African War, the " mechanism and causation " of the injuries, and the conditions under which the surgical work was performed. The author arrived in Africa on November 19, 1899, and two days later proceeded to the Orange River. He went through Lord Methuen's campaign for the relief of Kimberley, being stationed at Orange River and Modder River, after which he left for Wynberg, where he treated many of those wounded in Lord Roberts' march. On April 14 he was ordered to Bloemfontein, and a little later joined the army on the march, finally returning to England on July 15.

With regard to the statements that the Boers had used poisoned bullets, Mr. Makins remarks that " the Mauser and Krag-Jorgenson (bullets) are ensheathed with steel covered with a thin coating of an alloy of copper. It is interesting to mention here that the Boers evidently found the copper alloy coating insufficient for its purpose, as at about the middle of the campaign they began to use their bullets waxed, as in the case of the Austrian Mannlicher; hence the legend of the poisoned bullets which caused such a sensation for a short period amongst the uninitiated." With reference to the charges of the use of expanding and explosive bullets by British and Boers, it is stated that Colonel Montgomery reported on " a clip of soft -nosed Mauser cartridges," and maintained that the bullet contained no explosive matter; it is further remarked that " one cannot help feeling some astonishment at the strong feeling that has been exhibited regarding the use of expanding bullets of small calibre when the Martini-Henry, a far more dangerous and destructive missile is allowed to pass muster without notice."