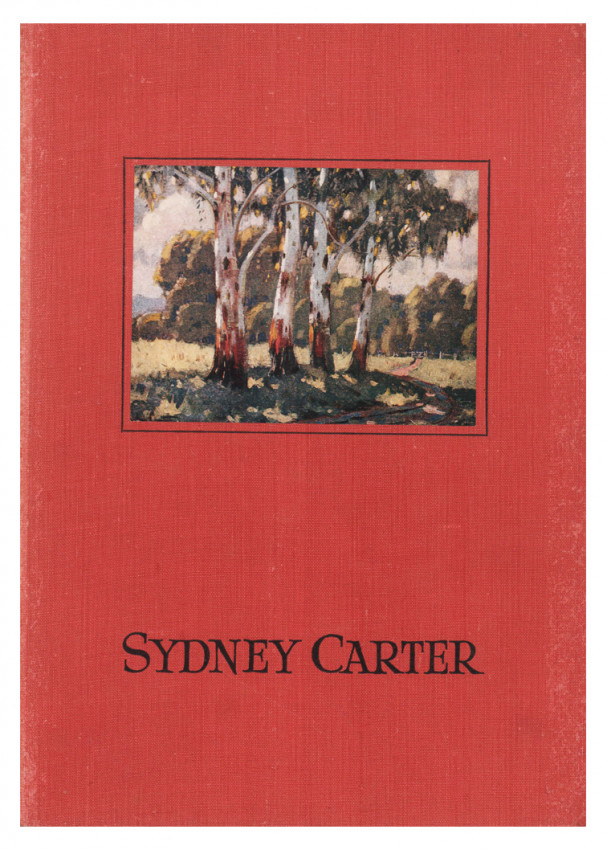 Sydney Carter was born Enfield, Middlesex, England, 1874; died Harrismith, OFS 1945. Carter arrived in Cape Town from England in 1923 with a solid training from the Royal Academy Schools and several others. He quickly established his reputation and was invited by F.K. Kendall to join SASA. He showed 15 pictures at the Drill Hall in 1924. While travelling around SA, he exhibited in Johannesburg and East London, painting and sketching all the while. He settled in Bloemfontein in 1925, briefly serving as the Vice President of OFSSAC. He then moved to Johannesburg, where he was appointed to the Wits Technical College Art School in 1927.

As a teacher, his helpful manner with students and amateurs alike gave him, as Berman notes, ” substantial influence on the semi-professional fringe of painting” (1983:86). Carter’s decision to live in Johannesburg meant that he showed infrequently with SASA. Flexible as an artist, he was first indebted to PreRaphaelitism, and produced fairy-tale illustrations in the style of Arthur Rackham. Gir! with Flowers reveals his late 19th-century English aesthetic. Here, sentiment in subject is combined with the broken brushwork and the dappled light effects of Impressionism. Carter is at his most typical in his watercolour studies of the sunlit expanses of the SA landscape, especially those featuring blue-gum trees. The Pond is an excellent example of his superb control of watercolour, without his usual added accents in tinted body-colour. “Many a home in England and South Africa”, reflected Sir Charles Rey after his death, “is the richer for the possession of a watercolour or an oil from his brush” (E. Carter, 1948:7). https://saffca.com/artistcv/sydney-carter/