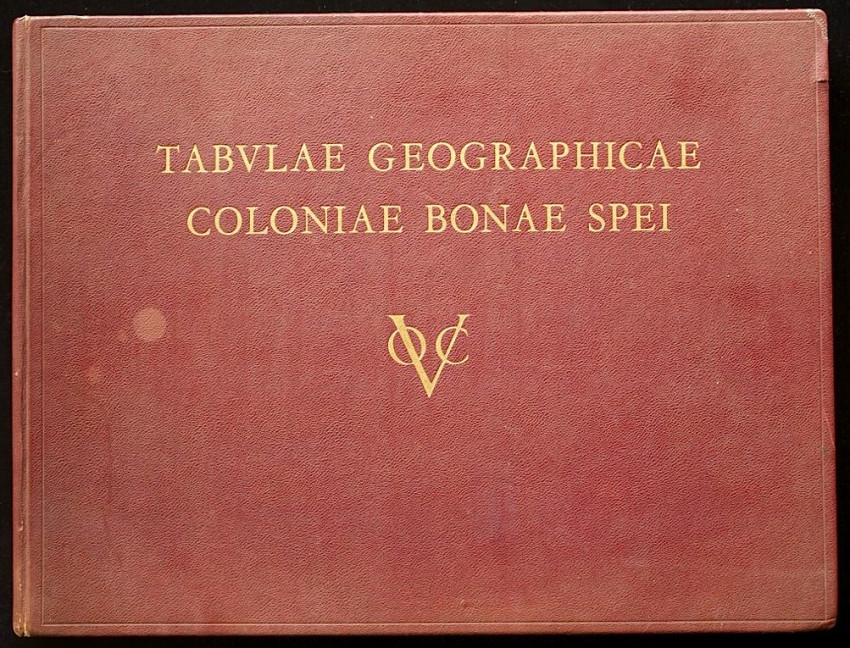 41pp of text in English, Afrikaans and Dutch, followed by 11 fold-out facsimiles of the earliest maps of the South African interior and 1 large folding map of the Cape Colony in the rear pocket.

Very good condition overall considering age and size with minimal rubbing along the edges. The first map has a tear along one of the folds of about 5cm but with no loss of paper.

For 150 years it was believed that John Barrow's map of the interior of the Cape Colony (1801) was the first and earliest of its kind. At the time of the First British Occupation (1795) no maps of the territory were found after British officials raided the colonial offices vacated by the Dutch. This was because Col. C. J. de Graaff, the last Dutch governor, sent all the maps in his possession, including those drawn by his surveyor, Cloete, to the Holland colonial office for safekeeping - just in case a different foreign power might one day come to occupy the territory. De Graaff was never completely at ease with the precarious hold they had on the Cape, and his actions showed great foresight as this indeed proved to be the case in 1795.

It was regarded as an act of Providence when they were discovered in the Netherlands in 1950, as it coincided with the Van Riebeeck celebrations marking the three hundred years since the first colonial settlement of the Cape in 1652. It was therefore decided that they should all be published, along with the maps of Barrow and Lichtenstein, in 1952 to mark the occasion.