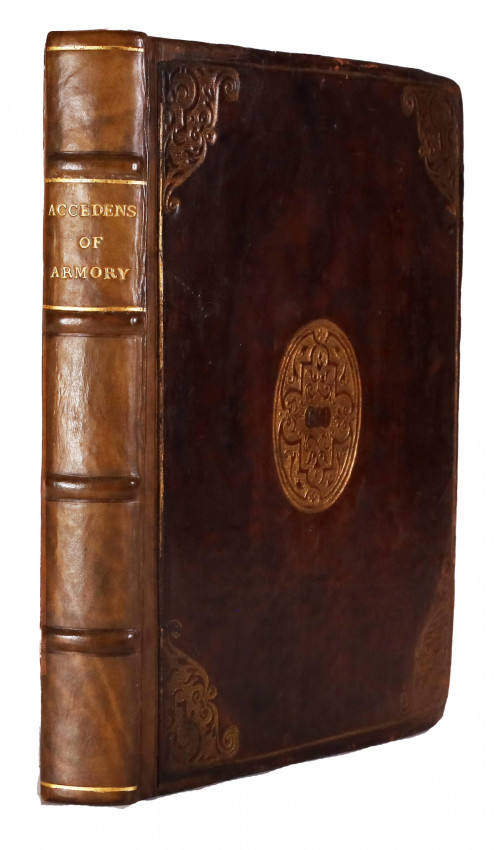 THE ACCEDENS OF ARMORY

Second edition: [7], 135, [4] pages, woodcut pictorial title page – repair in the lower margin, folding double page woodcut of a coat of arms flanked by Atlas and Hercules with motto 'volat alta ad sidera virtvs', arms and illustrations within text - many are hand-coloured, a few full-page, original full calf binding with gilt decoration on the covers, rebacked with gilt title on the spine, a very good copy.

There is a handwritten ownership note on a front free end paper of Charles Brietzcke dated May 18th 1774 and numerous pages which follow in the owners handwriting. There are other handwritten notes in black ink.

The preface reads: 'To the honorable a[ss]embly of gentlemen in the Innes of Court and Chauncery, Gerard Legh vvisheth loialtie'. To the reader: 'Richarde Argall of thinner Temple, wisheth the Reader aduauncement by vertue'

The colophon reads: Imprynted at London : In fletestrete within temple Barre at the signe of the hand [and] starre. by Rychard Tottel, an. 1568

Legh's only work, entitled The Accedens of Armory, London, 1562 (later editions 1568, 1572, 1576, 1591, 1597, and 1612), is written in form of a colloquy between ‘Gerarde the Herehaught and Legh the Caligat Knight.’ Richard Argall of the Inner Temple supplied a prefatory address and probably part of the latter passages of the book. In endeavouring to explain the art of heraldry, Legh is purposely obscure from fear of trenching on the official privileges of the College of Arms. The work supplies what appears to be a portrait of Legh himself in the fictitious character of ‘Panther Herald.’

J. P. Cooper described the book as "perhaps the most popular heraldic work of the later 16th-century." Its theories on gentility are based on those of the Boke of St Albans, with minor modifications; the consequence being that "highly restrictive definitions of gentility and right to bear arms without foundation in common law or long established usage were widely circulated." The work strongly influenced the Workes of Armorie (1572) of John Bossewell. https://en.wikipedia.org/wiki/Gerard_Legh 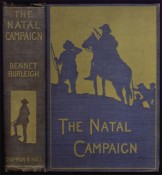 Hunters of The African Sky