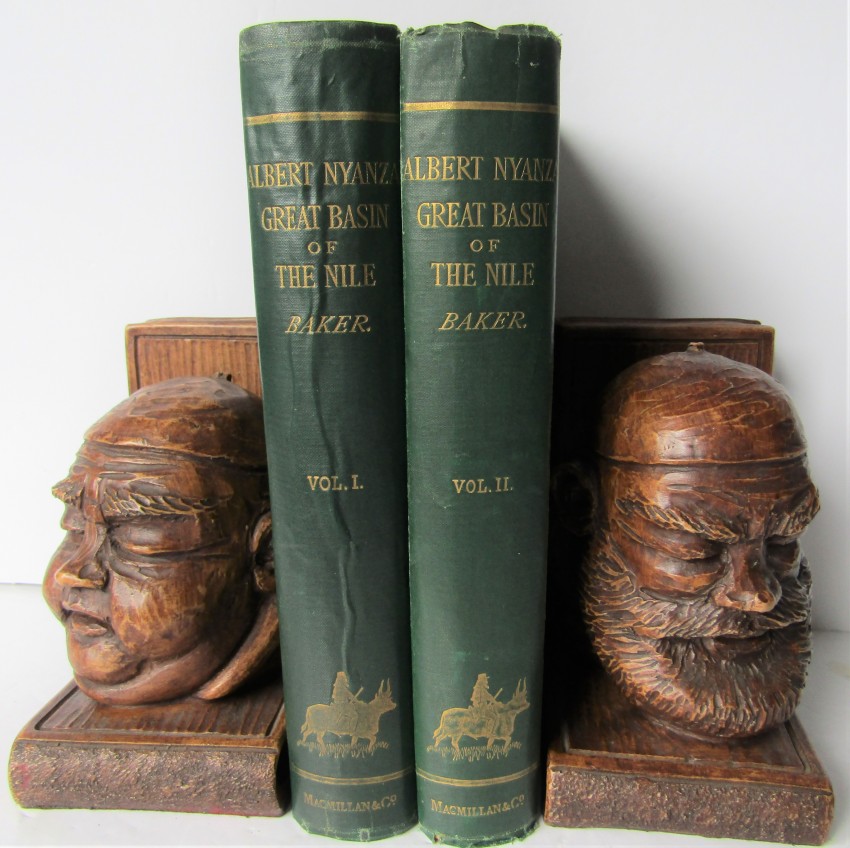 With Maps, Illustrations, and Portraits

"An early issue, with the incorrect plate list in volume II

front of volume I; volume I includes an additional plate

opposite page 351, not called for in list of plates."

"The great adventurer, Baker, after various adventures in Ceylon

and the area around the Black Sea, went to Africa and embarked

on his greatest adventure, namely to discover the source of the Nile.

Having met up with Speke and Grant and exchanging valuable information

with them, he eventually discovered the third great Nile lake, the Albert N'Yanza,

on the help of the slave trader Ibrahim and capricious local ruler, Kamrasi.

discovery of Lake Albert as the source of the White Nile.

As with all of Baker's books, there is considerable big game

hunting adventure.  Near the River Sobat, he hunted buffalo

and lost a member of his party to one. In Latooka country,

he hunted elephant, which, in turn, pursued him. Baker also

describes his muzzle-loading rifle which fired a half-pound shell!

Nicknames "Jenna el Mootfah" (child of the cannon), the rifle's

recoil even bothered the intrepid Baker. There are additional hunts

for antelope, hippopotamus, and elephant throughout"

(Czech, An Annotated Bibliography of African