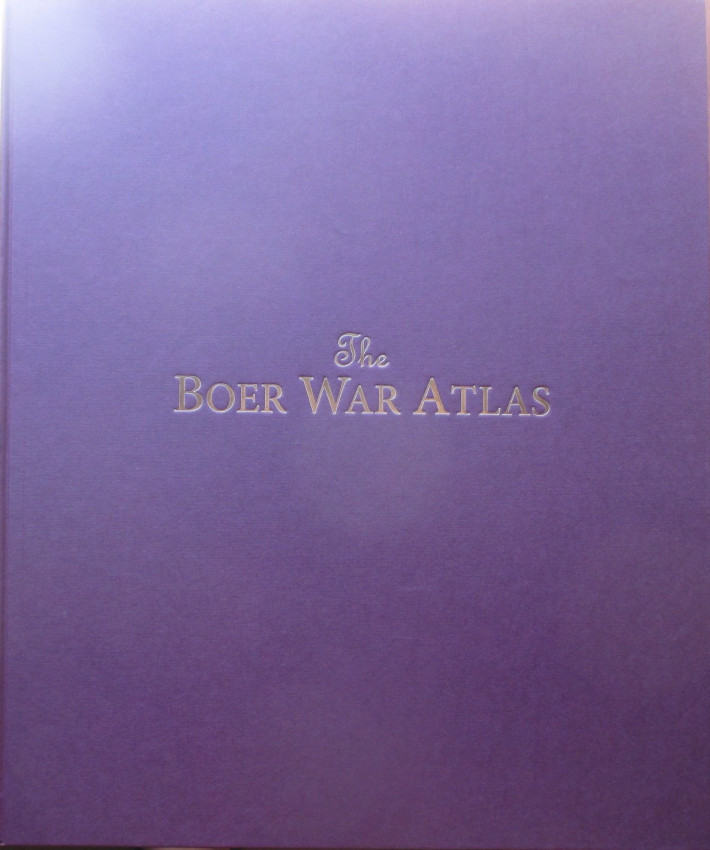 Limited Special Edition #10 of 100 numbered and signed by the author.

Contained in a case with a ribbon pull to assist removing the book from the case.

This comprehensive military atlas covers every aspect of the Boer War in some 230 full-colour maps, diagrams and detailed ORBATs. Maps covering the conflict on a strategic, operational and tactical level guide the reader through each stage of the war, from Kruger’s invasions of Natal and Griqualand West, through the famous battles of the conventional period, to the vast ‘drives’ of the Guerrilla War phase which broke the back of the Bittereinders and brought the war to an end. By showing where every operation and battle fitted into the bigger picture, the reader is able to understand how and why any given action was fought, and how the war was ultimately won by Lord Kitchener’s men.Utilizing standard NATO symbols to represent the various units involved, all the maps in this unique resource were drawn specially for the Atlas, and combine contemporary military maps with modern 1:50000 survey maps to ensure unprecedented levels of accuracy and detail. A detailed time line helps explain how the war unfolded, and the maps are organized into sections which cover the various fronts.

The Atlas is also lavishly illustrated with contemporary photographs and drawings, as well as modern-day photographs to show how the battlefields look today, and to illustrate some of the many monuments erected to commemorate the men who fought and died. Though some of the battles covered are well known, this work also provides detail on many others which – though major actions – are almost forgotten today. The operations and smaller battles of the long and bitter Guerrilla War are also exhaustively covered. Other maps depict the details of the vast lines of blockhouses which were constructed across hundreds of miles of South Africa, and the critical role these played in the latter stages of the conflict. Whether you are new to the war, or a well-read enthusiast, The Boer War Atlas is an indispensable guide to understanding how this highly mis-understood war was fought.