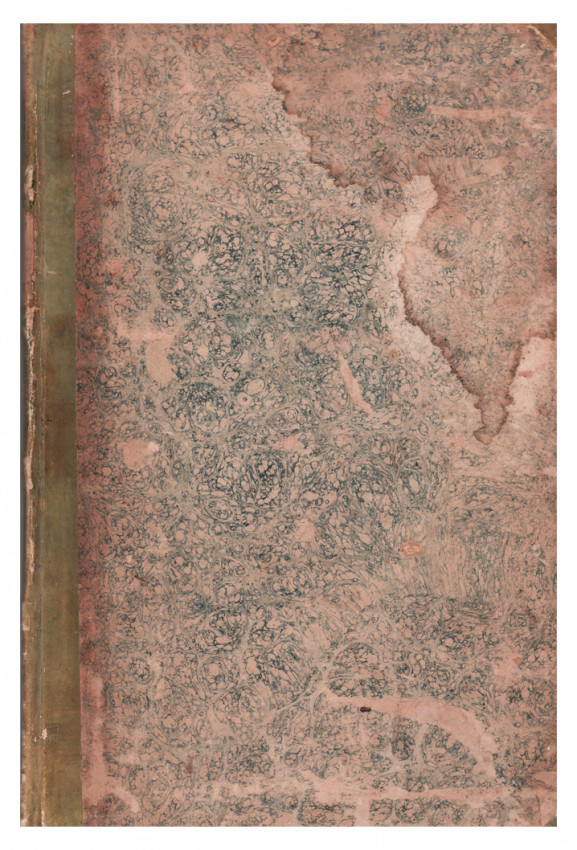 Incomplete run of 15 volumes. The volumes dating from 1807 - 1819 are 440x 280mm in size and the later copies from 1822 onwards are 500 x380mm. The are bound in quarter leather with marbled paper covered boards. The marbled boards are scuffed and worn and the spine labels are often missing, a good set.

The Cape Town Gazette and African Advertiser was the first newspaper to be published in South Africa on 16 August 1800. It was started by two slave dealers, Alexander Walker and John Robertson. In its early stages, the newspaper was simply used by the government as a mouth-piece. It was only in 1829, after the owners had been involved in a very a long struggle with the government, and the Colony granted freedom of the press, that the newspaper became free from government censorship. This led to a significant growth in the newspaper industry as more newspapers emerged. The newspaper was published in both English and Dutch, and changed its name to Dutch Kaapsche Courant in 1803. This could have been influenced by the change in the political scene in the colony at the time. The Dutch had just taken the Colony from the British in 1802. The British reoccupied the Colony in 1806. The Cape Town Gazette and African Advertiser is regarded as the paper that paved the way for the newspapers that Africa boasts today. https://www.sahistory.org.za/dated-event/cape-town-gazette-and-african-advertiser-bilingual-newspaper-and-first-publish-news-1