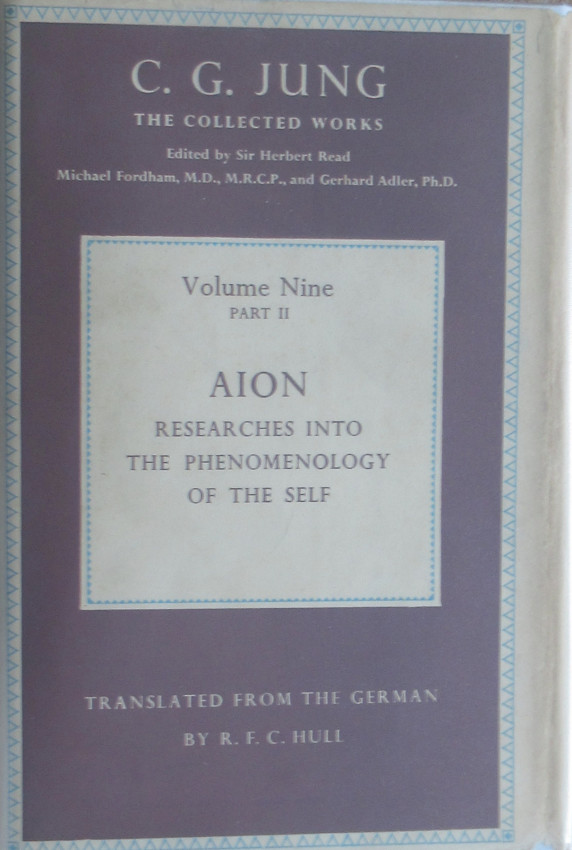 Volume Nine Part 1.The Archetypes and the Collective Unconsious

Volume Nine Part 11.AION. Researches into the phenomenolgy of the self. Translated from the German by R.F.C. Hull.

Aion, originally published in 1959, is one of the major works of C.G.Jung's later years.

The central theme of the volume is the symbolical representation of the psychic totality through the concept of the Self, whose traditional historical equivalent is the figure of Christ. Professor Jung demonstrates his thesis by an investigation of the Allegoria Christi, especially the fish symbol, but also of Gnostic and alchemical symbolism, which he treats as phenomena of cultural assimilation. The astrological aspect of the fish symbol and, in particular, the foretelling of the Antichrist as discussed in detail. The first four chapters, on the ego, the shadow, and the anima and animus, compose a valuable summation of these key concepts in Jung's system of psychology.

As a study of the archetype of the self, Aion complements the first part of Volume 9, The Archetypes and the Collective unconscious, which is being published separately.

With an extensive bibliography and index, volume 9 is the eighth to appear in this edition of Jung's works.