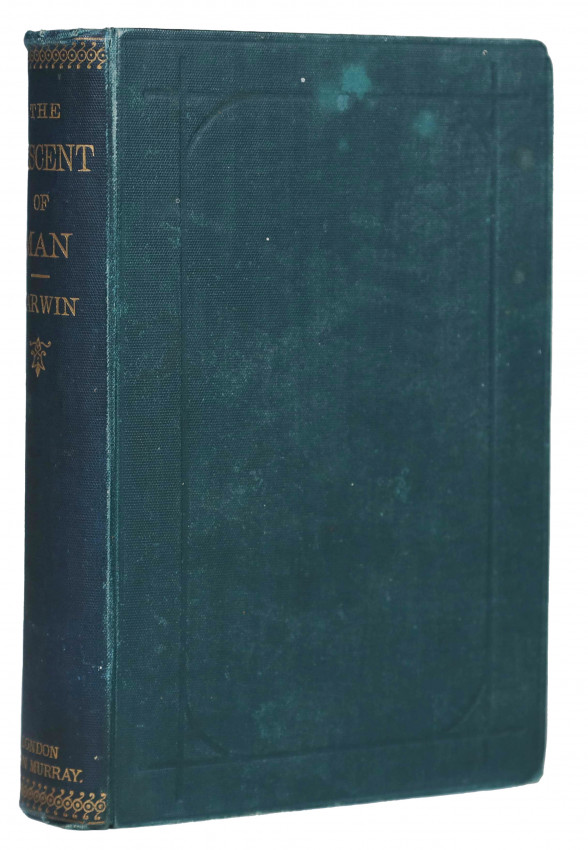 And Selection in Relation to Sex

Preface to the second edition and a table of principal additions and corrections are included on pages v – ix,

Descent of Man was first published in two volumes in 1871, yet as late as the summer of 1868 Darwin thought it would be only a ‘short essay’, and a year before that he was still doubtful about publishing on the subject of human evolution at all. He began writing it up as a separate publication in early February 1868, wading through a ‘mass of notes’ that went back twenty years.

Darwin claimed his reluctance to publish on the ‘origin or descent of man’ was based on the concern that it would increase prejudice against his theories (Descent 1: 1). But he also thought he had said enough in Origin to make his position clear, or had at least not quite concealed it. Just weeks after publication he wrote to Charles Lyell, ‘I show that I believe man is in same predicament with other animals.— It is in fact impossible to doubt it.
There is a detailed description of this book as follows:
https://www.darwinproject.ac.uk/letters/darwins-works-letters/descent