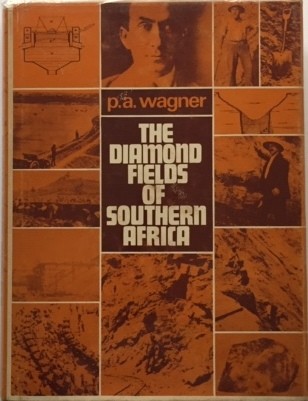 THE DIAMOND FIELDS OF SOUTHERN AFRICA

P.A. Wagner (1885-1929) was born in Richmond, Cape, his father having arrived at the Cape as part of the Duke of York's Regiment. After schooling at SACS, he gained a diploma in Mining Engineering in Johannesburg in 1906. He studied kimberlites in Saxony, Germany and his doctoral thesis was considered so important that it was published in 1914 as THE DIAMOND FIELDS OF SOUTHERN AFRICA. He taught in Pretoria when he returned to South Africa, and then worked for the Union Geological Survey for a decade before joining Union Minerals Exploration. He produced a substantial body of literature, including a number of geological surveys. It was he who discovered and described deposits of asbestos, barytes, corundum, chromite, fluorspar, graphite, mica, soda, titanium and zinc, thus contributing enormously to South Africa's economic progress. At the same time he collected materials used by early black miners, and bequeathed his collection to the University of the Witwatersrand. He was President of the Geological Society of South Africa and a fellow of the Geological Society of London. Such was his dedication to his subject, that he "worked himself to death" [p. v].

THE ROMANCE AND REALITY OF THE VAAL DIAMOND DIGGINGS. 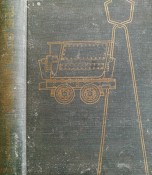 THE DIAMOND DIGGINGS OF SOUTH AFRICA