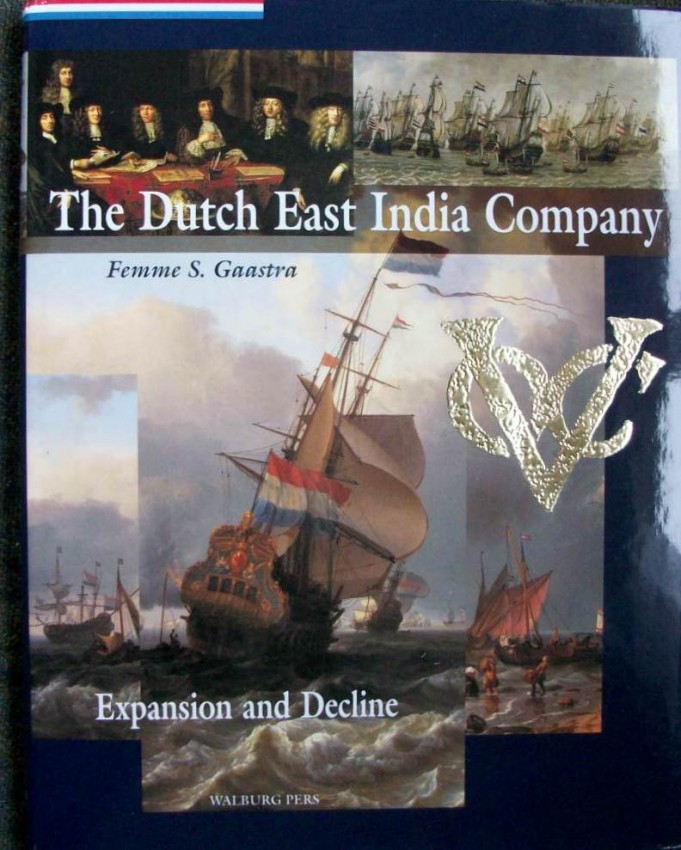 Four centuries ago the Dutch East India Company (VOC) gained the monopoly of trade drom the Dutch Republic with Asia and expanded to become the greatest shipping and trading company in the world during the 17th and 18th centuries. Through the trade in pepper and cinnamon and, later on, in products such as silk, tea and porcelain the VOC gave the Netherland a period of unprecedented economic and cultural prosperity.

To mark the VOC jubilee year, 2002, The Dutch East India Company-Expansion and Decline, written by Femme Gaastra, was published in a special, richly illustrated English language edition. In this authoritative standard work the author sheds light on all facets of this unique company.

For example, whu was so much political power granted to what began as a commercial enterprise? What management structure was chosen? How was the VOC financed, how were the ships built and how were the nearly 5000 voyages to the East organised? Why did tens of thousands of Europeans choose voluntarily to work for the VOC and thus for journeys full of hardship and with enormous risks?

What were the working conditions on board like and how much military assistance was given? Using a wealth of historical material Gaastra shows us the enormous extent of the activitiies of the VOC, whay products were traded and what profits were made in the nearly two centuries of the existence of the enterprise. But he also shows us how war was conducted, often brutally, how competitors were eliminated and supplies were extracted by force.

The text is enriched with many, often unique illustrations, many in colour and with tables full of interesting information. The Dutch East India Company is a fascinating account of the founding, expansion and decline of the VOC, an extensive trading empire that was directed by Dutch merchants of international standing.