THE GEOLOGY AND MINERAL INDUSTRY OF SOUTH-WEST AFRICA.

Memoir of the Geological Survey of the Union of South Africa, no. 7

119 pages, + xvi pages index, frontispiece, folding map, numerous full page and half page plates, large folding chart at the back, stapled binding missing its covers and now housed in a very worn brown paper folder with a handwritten title on the upper cover, a good copy.

Percy A. Wagner, a geologist, was the son of John M. Wagner and his wife Bertha Hoffa, both of German origin. He matriculated through the University of the Cape of Good Hope in 1902. During the next two years he studied at the South African School of Mines, then part of the South African College in Cape Town, passing the first mining examination of the University of the Cape of Good Hope in 1904. That year training in mining was transferred to the Transvaal Technical Institute in Johannesburg. Continuing his studies there he passed the university's second mining examination in 1905 and in 1906 was awarded both the Diploma in Mining Engineering and the degree Bachelor of Science (BSc) in Mining Engineering. His first publication, "Petrographical notes on rocks in the vicinity of Craighall [Johannesburg]", appeared in the Transactions of the Geological Society of South Africa in 1907.

During his relatively short career Wagner produced three books, seven Geological Survey memoirs, and over 100 papers. He was an extremely hard worker who maintained the highest professional standards. Many of his memoirs and papers were reports on the numerous economic mineral deposits that he investigated: His report, The geology and mineral industry of South West Africa (Geological Survey, Memoir No. 7, 1916) described the country's stratigraphy and mineral deposits in some detail. He made particularly important contributions to the study of the tin, nickel and platinum deposits of the Bushveld Complex. This work culminated in the publication of his monumental work, The platinum deposits and mines of South Africa (Edinburgh, 1929). https://www.s2a3.org.za/bio/Biograph_final.php?serial=3015

Bound together with a Dutch version of this memoir.

The Bushman Art of Southern Africa

Ferns of Great Britain and their Allies 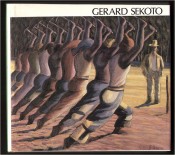 The romance of the Boer War: humours and chivalry of the campaign