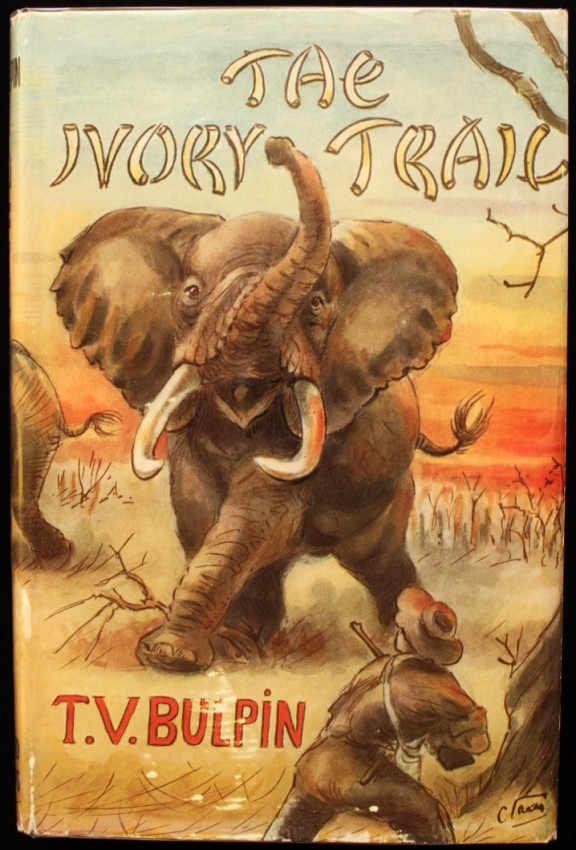 'The uproarious story of Bvekenya, the greatest of all poachers, and his wild companions who followed the Ivory Trail, does for Rhodesia, Mozambique and the northern areas of N.E. Transvaal, what "Jock of the Bushveld" has done for the men of the old Lourenco-Marques road.

Bvekenya, - S. C. Barnard to give him his real name, is almost a legend in the wilderness and on the great Limpopo River. Here he relives the strange adventures of ivory poaching, black-birding and outlawry, which made him one of the most colourful of all African personalities. We read of the hunts, fights, escapades and adventures of a man who was an outlaw for twenty years, an adventurer of the wilds who defied the police of three countries and fought a one-man war with complete success against all control and authority.

The story of the king of the Ivory Poachers, as told by himself to T. V. Bulpin.'