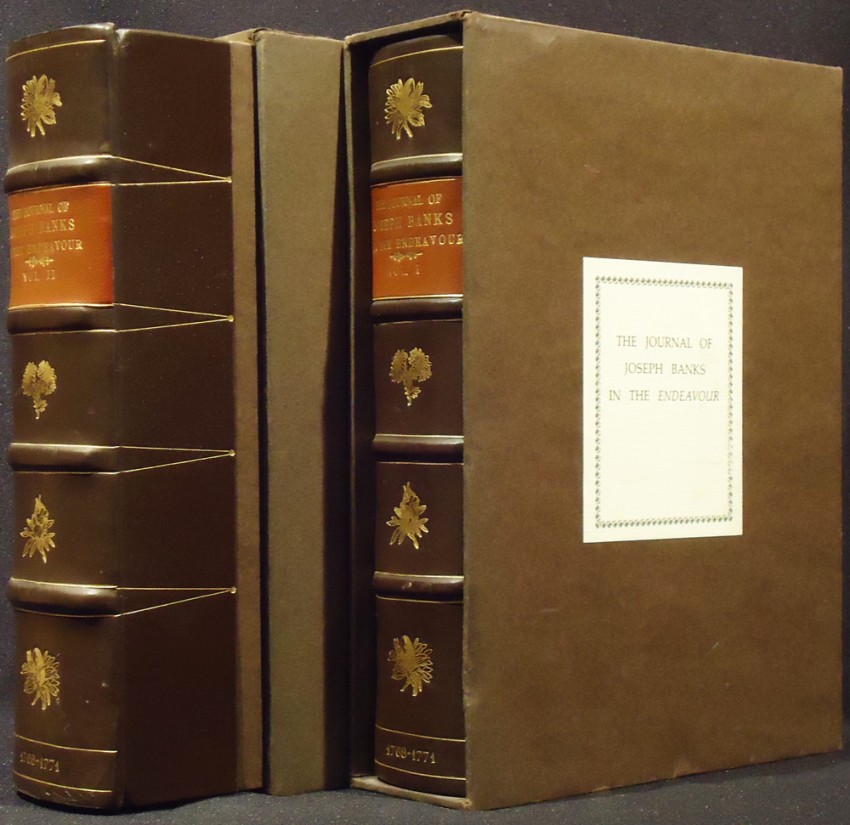 THE JOURNAL OF JOSEPH BANKS IN THE ENDEAVOUR

With a Commentary by A.M. Lysaght

With a signed Preface by Prince Philip

‘Joseph Banks (1743-1820) successfully lobbied the Royal Society to be included on what became James Cook's first great voyage of discovery, on board the Endeavour (1768 - 1771). This voyage marked the beginning of Banks' lifelong friendship and collaboration with the Swedish naturalist Daniel Solander, and his indefatigable advocacy of British settlement in NSW. The Endeavour's stay in a wide, shallow bay south of the present day Sydney from 28 April to 5 May 1770, yielded so many previously unrecorded specimens to Bank's botanical collections that Cook named the area 'Botany Bay'. For the rest of his life, Banks influenced almost every aspect of Pacific exploration and early Australian colonial life. He actively supported the proposal of Botany Bay as a site for British settlement and was also instrumental in Matthew Flinders' voyage on the Investigator (1801 - 1803) which helped define the map of Australia. The journal kept by the then 25-year-old Joseph Banks on board HMS Endeavour is one of the Library's most significant manuscripts. It records the first Pacific voyage of Captain James Cook from 1768 to 1771. Following the Endeavour's return to England in 1771, Banks was hailed as a hero. His reputation had been launched.