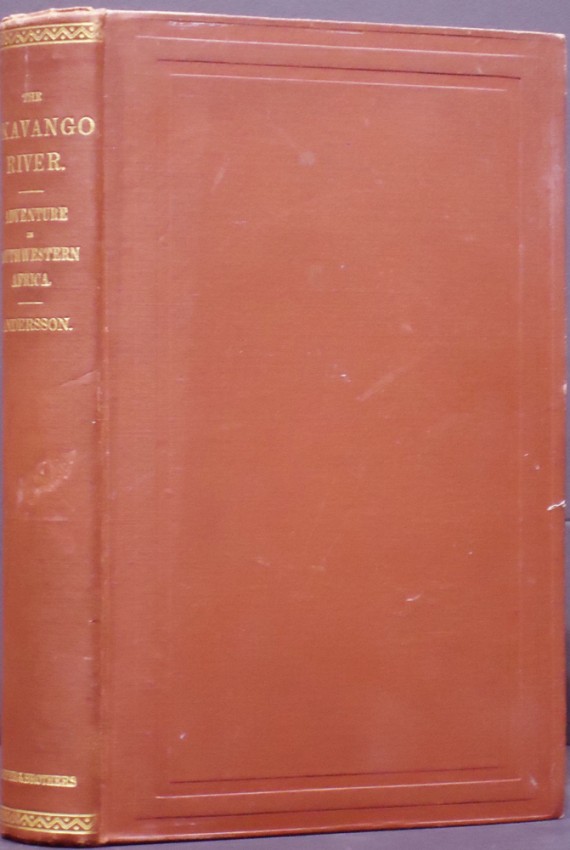 A Narrative of Travel, Exploration and Adventure. With numerous illustrations and a map of southern Africa.

Note to the American Edition opposite the folding map on page xx: The English edition of the Okavango River contains no map or table of distances. The American publishers have endeavoured to supply this deficiency by inserting the accompanying map, originally prepared for Livingstone's Travels.

Mendelssohn (Sidney) South African Bibliography volume 1, page 42: A description of a hunting expedition through Namaqualand and Damaraland. Andersson intended to explore these countries right up to the Cunene or Nourse River, but the difficulties of the expedition, though encountered with indomitable courage, proved to be insuperable, and he had to turn back. He obtained, however, much valuable information, and his success as a hunter and collector was unique in this part of the continent. The coastline of South-West Africa is carefully described, and there is an interesting account of the once-famed guano island, Ichaboe.

Wallis (J.P.R.) Fortune My Foe (1936), pages 256-258. 'From a variety of causes it was less effective than his Lake Ngami. In the first place, his instinctive reticence shrank from obtruding his personal sufferings and disappointments upon his reader. It was a manly modesty in him, but did his narrative less than justice. So it is that while the first chapters are as attractive as anything in Lake Ngami, and perhaps fine in their record of achievement and maturer in spirit, the later portions too readily decline into transcripts from the journals and show a falling off in freshness and gusto.' Andersson had been unable to follow the book through the press and was disappointed in the lack of editorial control in the final product.

An American edition was issued in the same year but it was not reprinted in London and remains perhaps the scarcest of Andersson's books.

A Narrative of a Visit to the Mauritius and South Africa.

THE HEART OF THE ANTARCTIC (Limited first edition signed Shackleton and all the members of the shore&hellip; 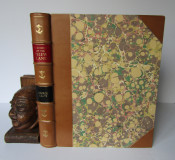 An Account Of The Pelew Islands, Situated In The Western Part Of The Pacific Ocean. 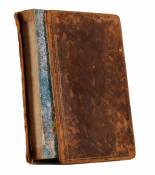