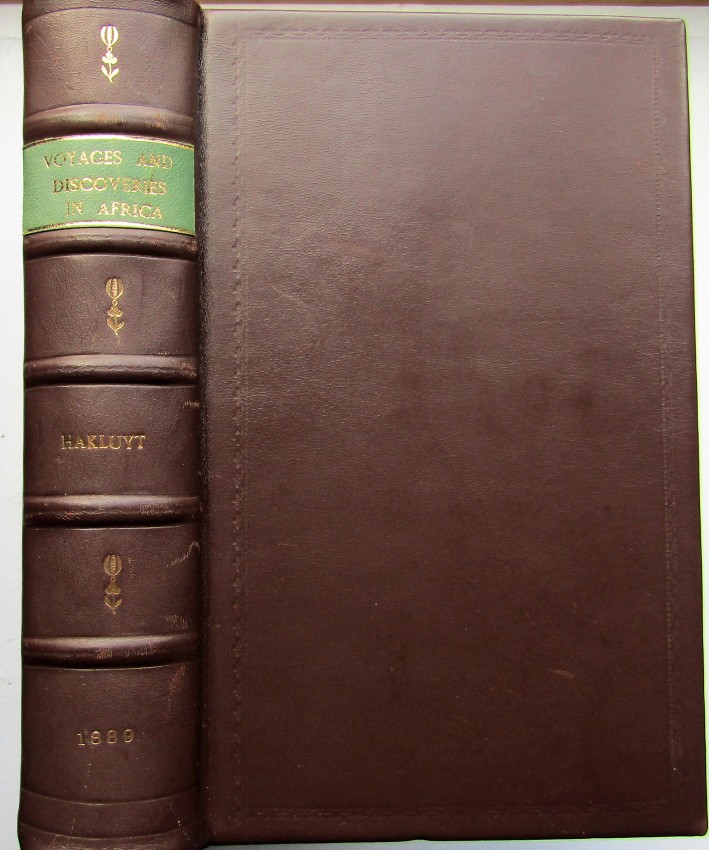 The Principal Navigations, Voyages, Traffiques, and Discoveries of the English Nation

Rebound in full-calf with morocco title.

Some of the earlier voyages are narrated in both Latin and English.

Full-calf with raised bands and gilt name and date titles.

Traffiques, and Discoveries of the English Nation' is the

most important collection of English travel writing ever published.

The territories it describes cover every area of European activity

and aspiration in the period, from the New World to Muscovy,

the Levant, Persia, the East Indies and Africa. The work was

and trade ventures around the globe."

SPECIAL TOUR THROUGH THE EASTERN AND NORTHERN TRANSVAAL

FROM BARBERTON TO PARIS (Presentation copy signed by the author)