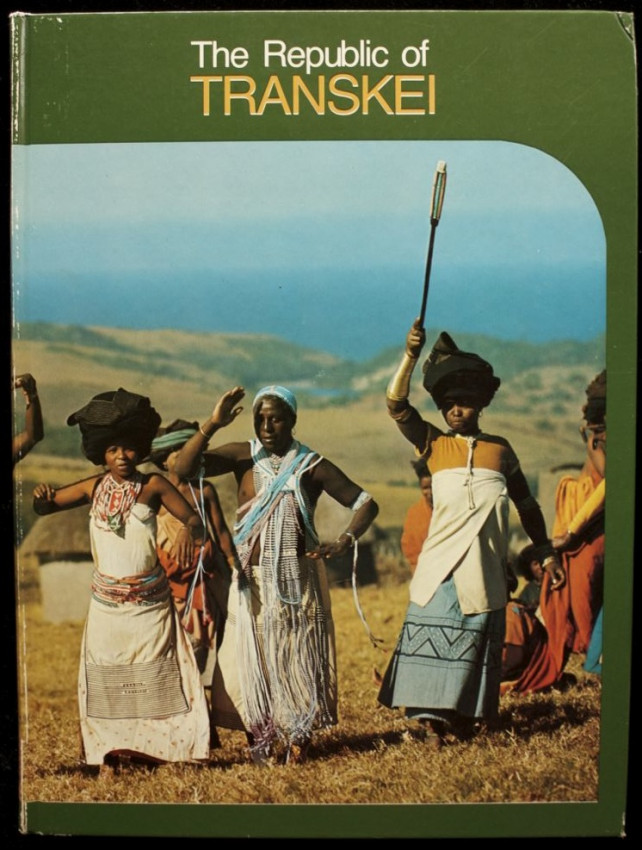 250pp. with numerous colour plates at rear and in text.

Some interesting names of well-known photographers pop up in the list of contributors.

Aubrey Elliot photographed the indigenous people of SA and authored books on the Nedebele and Zulu tribes.

Godfrey Argent was a British photographer notable for his black and white portraits of royalty, politicians, aristocrats and celebrities.

Some of the chapters include:

Descriptions of the Country; An Historical Survey of the People; Their Way of Life and Culture; The Capital Umtata;  Their System of Justice; Economy and Demography; Political Evolution; Nature Conservation and Tourism.

"Transkei, meaning the area beyond the river Kei, officially the Republic of Transkei, was an unrecognised state in the southeastern region of South Africa from 1976 to 1994. It was a Bantustan—an area set aside for black South Africans of Xhosa descent—and operated as a nominally independent parliamentary democracy. Its capital was Umtata (renamed Mthatha in 2004)." - Wikipedia